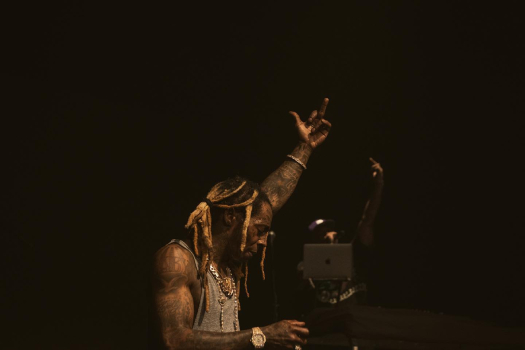 Last month on September 23rd, Lil Wayne and his Young Money crew put on a live concert at the Saban Theatre in Beverly Hills, California.

In his set, Weezy performed many fan favorites live, such as “Right Above It“, “Let Do It“, “A Milli“, “Swag Surf“, and more. He also brought out YG to perform “Big Bank” and thanked the crowd with his “3 important things”.

You can check out some footage from the show in the clips after the jump below! Did any of you attend the venue to see Tunechi live?