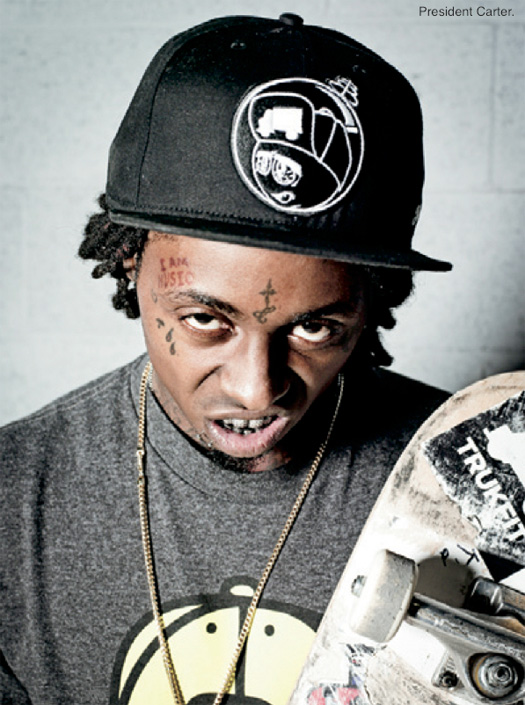 On the night of the 54th Annual GRAMMY Awards at 4AM, The Skateboard Mag caught up with Lil Wayne for an interview that appears in the latest issue of their magazine. The interview took place at Paul Rodriguez’ skatepark in California where Weezy was having a skateboarding session.

They talked about when Wayne first started skating, when he first noticed skaters listening to his music, who the first skateboarders he met where, the comparisons between skating and creating music, who his favorite skaters are, and more.

Hit the jump to view a scan from the magazine and read Tune‘s full interview.

END_OF_DOCUMENT_TOKEN_TO_BE_REPLACED 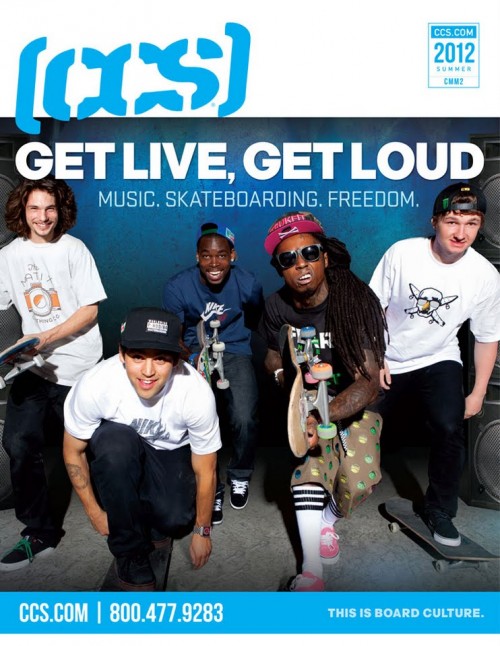 Lil Wayne graces the front cover of CCS magazine’s May issue with professional skateboarders Torey Pudwill, Theotis Beasley, Shane O’Neill and Paul Rodriguez. You can view the cover above and also check out some behind the scenes footage from the photo shoot below!

END_OF_DOCUMENT_TOKEN_TO_BE_REPLACED

In the video above, you can watch the official commercial for Lil Wayne and Mountain Dew‘s “DEWeezy” campaign. The advert, which is titled “This Is How We DEW“, features Mac Miller, professional skateboarders Theotis Beasley, Paul Rodriguez, and more. Thanks KC!

Watching this commercial reminds me of Tunechi‘s “Chalk Nike” and “What’s G Gatorade” commercials from 3 to 4 years ago. Anyways, in related news you can also listen to Weezy‘s first radio advertisement for “DEWeezy“ below, courtesy of MissInfo. He encourages people to be themselves and explains how he is different (basically he hates anything normal, basic or average).