Cortez Bryant recently chopped it up with Brian “B.Dot” Miller on his “Art Of Facts” series on Instagram Live.

During their 40-minute interview, Tez revealed what the first Lil Wayne show was that he went to, his favorite tour of all time is the “Drake vs. Wayne” one, and how Drizzy came up with the “Street Fighter” concept for it.

Tunechi‘s longtime best friend also recalled that the very first rap Tune spat for him was about fast food restaurants and discussed the “Lil Weezyana Fest“. You can check out the full conversation after the jump below!

END_OF_DOCUMENT_TOKEN_TO_BE_REPLACED 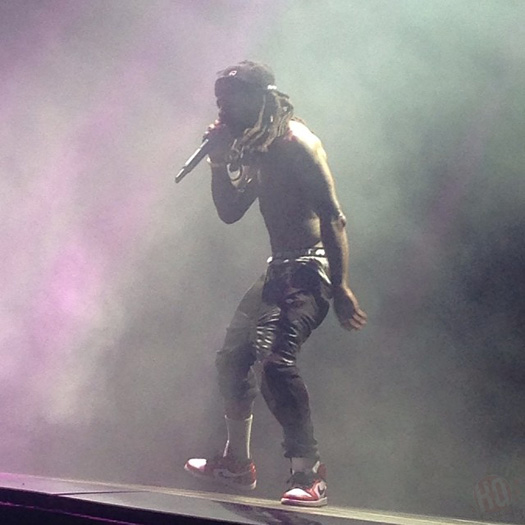 On August 10th, the “Drake vs. Lil Wayne” tour made a stop at the First Midwest Bank Amphitheatre in Tinley Park, Illinois. A guy in attendance managed to capture most of the full show, as well as the “Street Fighter” graphics and the app getting to work at the start of the concert to see who would come out first, which you can watch in a video below that lasts for around 57-minutes.

Also during the clip, Weezy F Baby and Drake can be seen dissing each other in a hilarious friendly competitive way. Some examples are Drizzy getting upset that Weezy cut off his verse on “I’m Goin’ In“, so he did the same and cut off Wayne‘s verse on “Pop Dat“. As well as that, we can also see Drake taking a pull of Tunechi‘s blunt, Wayne singing “Hold On, We’re Going Home“, and mocking Drizzy for being on a stripper pole while flying over the crowd.

The winner of the “battle” in Illinois was Drizzy Drake, so that brings the score to 2-1 to Mr. Carter. The two Young Money rappers are next performing on their tour tonight at the Saratoga Performing Arts Center in Saratoga Springs, New York!

END_OF_DOCUMENT_TOKEN_TO_BE_REPLACED 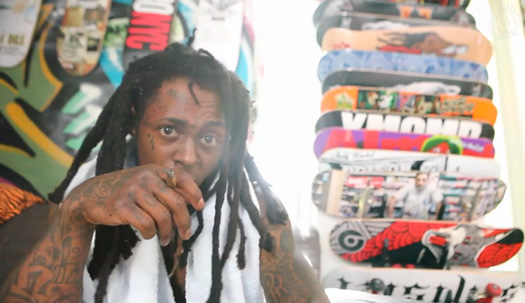 END_OF_DOCUMENT_TOKEN_TO_BE_REPLACED

An interactive app that has been designed for the upcoming “Drake vs. Lil Wayne” tour, which will be kicking off tomorrow evening in Buffalo, New York, has been released for iPhone and Android users.

The app will be based on the “Street Fighter” theme and it will let fans who attend the shows to pick a side between Drizzy and Weezy, as well as give them “power ups” that will impact their live performance on stage in real time.

“We are both thrilled that our fans will get the unique opportunity to join us in this interactive experience.” – Drake and Lil Wayne

If you wish to download the app, which was developed by iam8bit in association with October’s Very Own, Young Money Entertainment and Capcom, you can find it on the Apple iOS and Google Android stores under the name “Drake vs. Lil Wayne“.

Click here to view a full list of dates and locations for the “Drake vs. Lil Wayne” tour!