In an interview with E S S O and Hynaken for ThisIs50 over Skype, Reginae Carter made a special appearance.

With how these “Verzuz” battles are currently popping on social media, due to the current COVID-19 pandemic, Lil Wayne‘s daughter was asked who she would like to see her dad go up against.

Even though Nae Nae says it’s the new rappers’ time right now, none of them can be compared to her pops, but if she did have to see someone go hit for hit with Wayne it would need to be JAY-Z! If this did ever happen, who have you got as the winner?

END_OF_DOCUMENT_TOKEN_TO_BE_REPLACED

ThisIs50 recently chopped it up with G Herbo, formerly known as Lil Herb, for an interview and during their conversation, he was asked to name his favorite verse of all time in hip-hop.

This is then when Herb named Lil Wayne‘s verse off his “Hot Shit” collaboration with Juelz Santana that can be found on their Blow mixtape. He also proceeded to rap the entire verse word for word.

You can check it all out in a video after the jump below!

END_OF_DOCUMENT_TOKEN_TO_BE_REPLACED 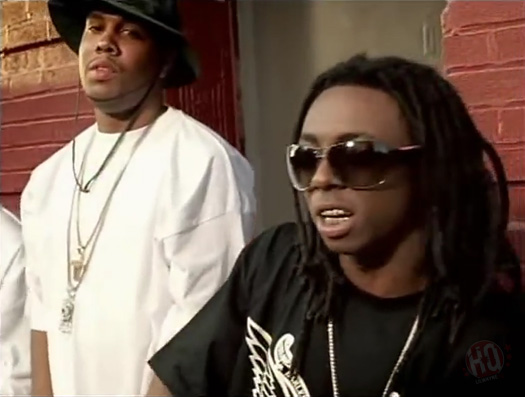 Earlier this month, J.R. Writer visited ThisIs50 for an interview and at the start of their conversation he was asked who his top 5 rappers alive are. He mentioned Lil Wayne‘s name, as well as Jadakiss, Fabolous, himself, and Lloyd Banks.

Straight after that question, Writer also revealed that he got Tunechi on his “Bird Call” single from ringing him up off Cam’ron‘s phone and spoke on what it was like working with Tune during the “Go DJ” era.

You can watch J.R. Writer‘s interview with ThisIs50 in the video after the jump below!

END_OF_DOCUMENT_TOKEN_TO_BE_REPLACED

Young Jack Thriller from ThisIs50.com chopped it up with Peter Gunz for a one on one interview, which you can watch above.

Peter spoke on his son Cory Gunz and explained why he told him to not release any big songs while he was fighting a gun charge, so that he can try and stay out of jail.

This plan worked because at the end of 2013, we found out that the Gunna will be going on probation and face no jail time for getting caught with a gun in the Bronx.

Also during this interview, Peter Gunz mentioned that Cory Gunz has a new single on the way featuring Lil Wayne on the hook and Cory handling the verses. Hopefully this drops soon!