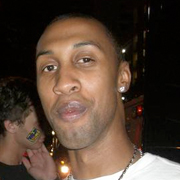 In one of hip-hop’s most drawn-out bidding wars, Drake has finally inked a deal with Universal Republic, according to Young Money’s Cortez Bryant.

Bryant says the Toronto rapper was already signed to Young Money Entertainment, but signed his distribution deal on Sunday. “We were looking for all the creative control and all the say-so over the project,” said Bryant, “the person who gave us the sweetest deal.”

Drake, who Bryant says is ecstatic about the signing, will appear on one of two follow-up singles to Young Money’s hit “Every Girl,” slated to drop in the next two weeks.

Drake’s debut album, Thank Me Later, has no release date, but Bryant says the Young Money group album is expected to drop late this year, on the same day as Lil Wayne’s Rebirth.