Here are some photos of Lil Wayne sitting courtside with Dhea at Game Four of the Miami Heat vs. Dallas Mavericks on June 7th in Dallas, Texas. As a bonus, you can also watch Weezy perform “Money On My Mind” after the jump below, along with a sneak peek of his “Hail Mary” performance on MTV’s Unplugged. 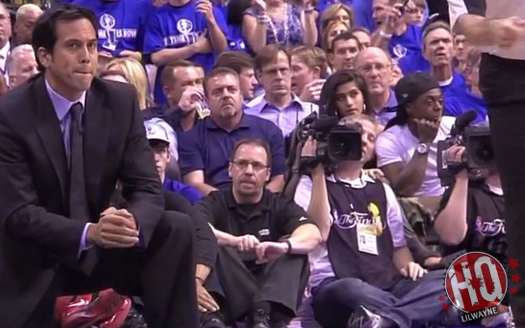