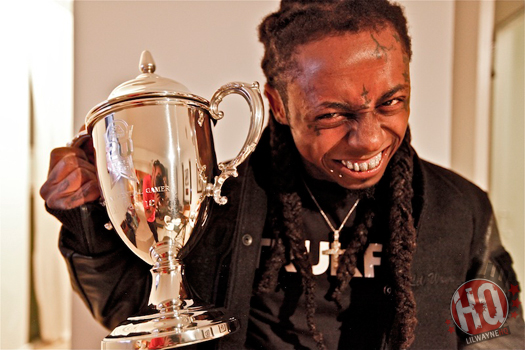 Karen just sent over some photos and news that Lil Wayne has been named one of EA Sports‘ Most Influential Gamers. It is also EA Sports‘ 20th anniversary and if you remember earlier this year, Weezy and Drake both appeared in the FIFA 12 teaser. You can view 3 more pics after the jump of Tune, who is wearing a TRUKFIT t-shirt and his own personalized varsity jacket with “Lil Wayne” embroidered on the front, holding his trophy from EA Sports. 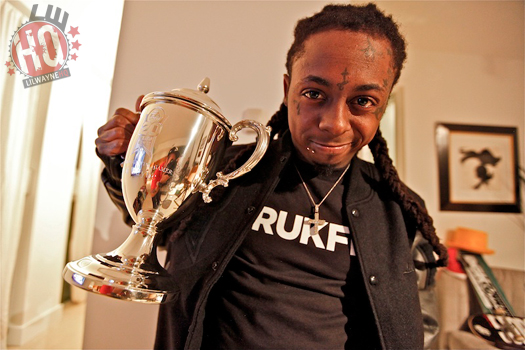 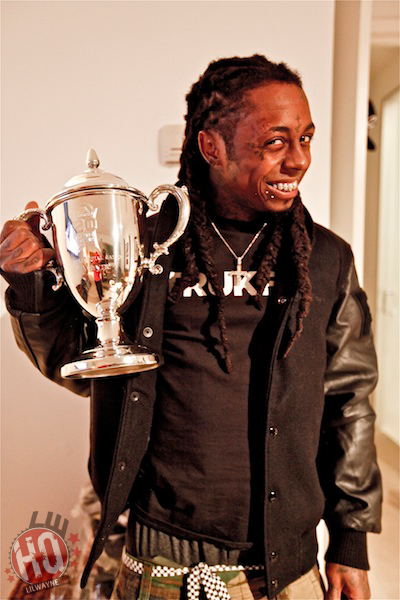 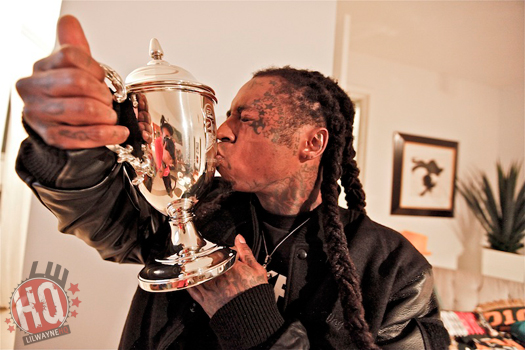