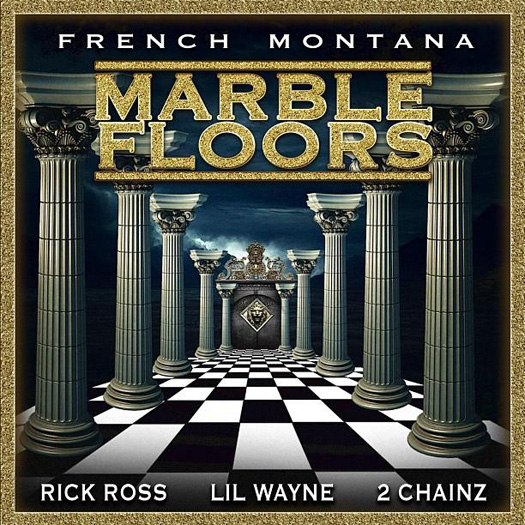 French Montana links up with Lil Wayne and Rick Ross once again for a new single off his forthcoming album, Excuse My French, due to be released in early 2013. The song is called “Marble Floors” and also features a verse from 2 Chainz.

View the official artwork for “Marble Floors” above and hit the jump to stream the Mike Will-produced track.