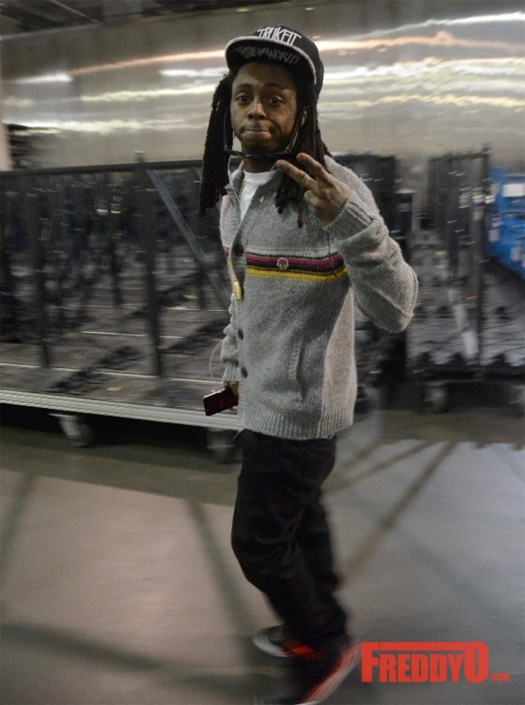 Lil Wayne attended Kanye West‘s “The Yeezus Tour” last night at the Philips Arena in Atlanta, Georgia. Mr. Carter was spotted walking into the arena backstage and then sitting down in VIP next to his homies T@ and 2 Chainz.

You can view some more photos of Weezy F Baby watching “The Yeezus Tour” after the jump below! 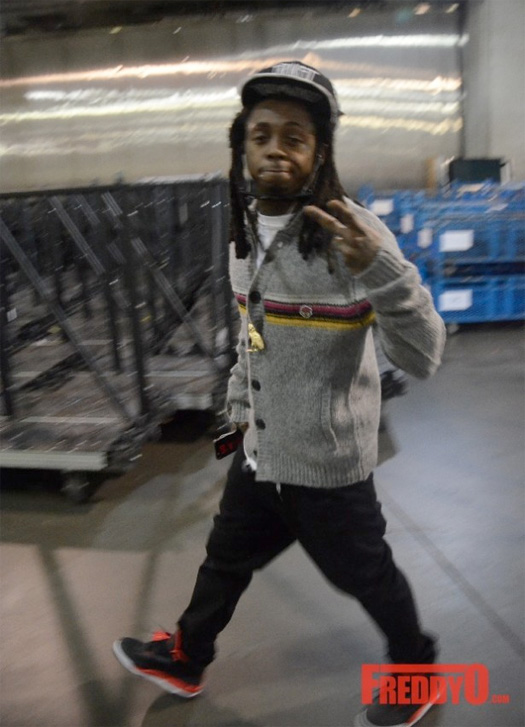 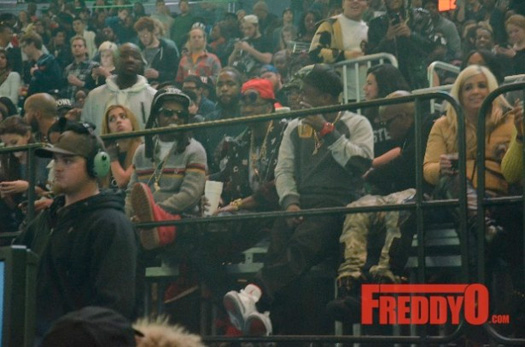 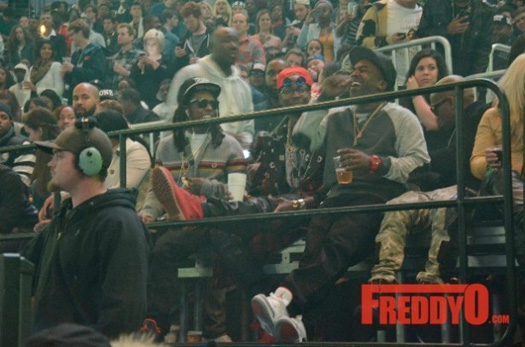 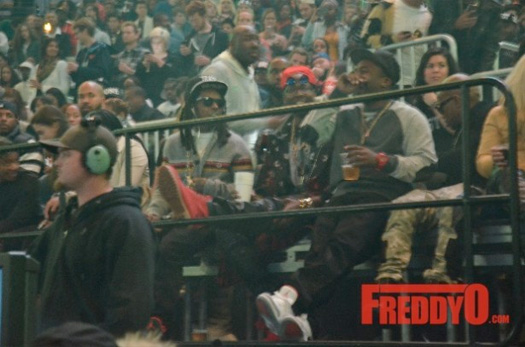 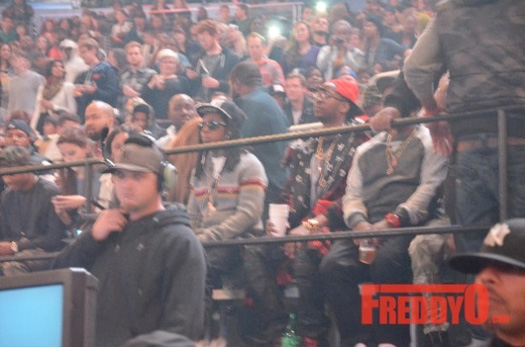 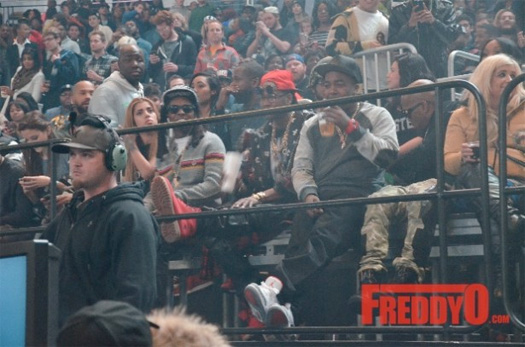