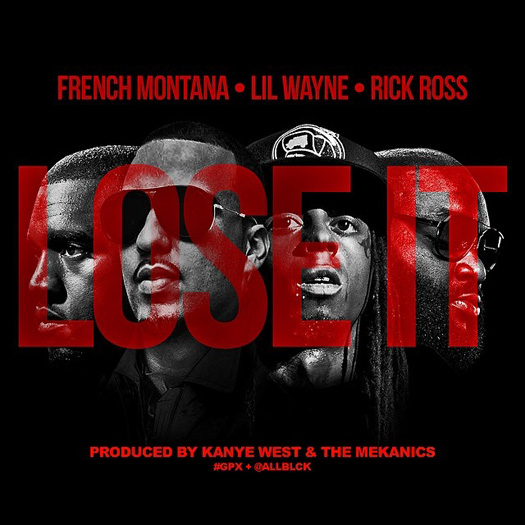 French Montana has revealed the artwork for his upcoming single called “Lose It” featuring Lil Wayne and Rick Ross. The song will also include production from Kanye West and The MeKanics.

There is currently no release date for the track, but hopefully it drops soon!