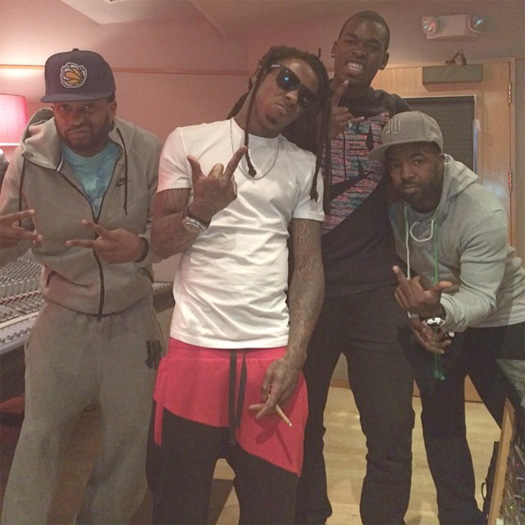 Earlier this month, Lil Wayne mentioned to MTV that he had completed recording his Tha Carter V album. However, as of yesterday it looks like Weezy F Baby is still adding finishing touches to the project.

Professional skateboarder Theotis Beasley got the chance to hang with Tunechi, DJ Scoob Doo and T@ in the studio while Tune was finishing recording C5. He posted the picture above on his Instagram page yesterday with the following caption:

“Late night missions in the studio while my family finishing up his album. Shit finna get nutz. #YMCMB over errrrthanggg #CarterV”