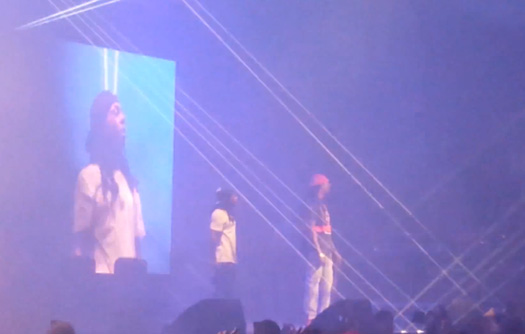 Last night, the “Drake vs. Lil Wayne” tour made a stop at Aaron’s Amphitheatre in Atlanta, Georgia. During the concert, 2 Chainz came out as a special guest to surprise the crowd in attendance.

You can watch a clip of Weezy F Baby and Chainz performing their I Am Not A Human Being 2 cut, “Rich As Fuck“, after the jump below.

I have also included another video of Tunechi and Drizzy smoking and singing “Hold On, We’re Going Home” together, as well as them clowning each other!