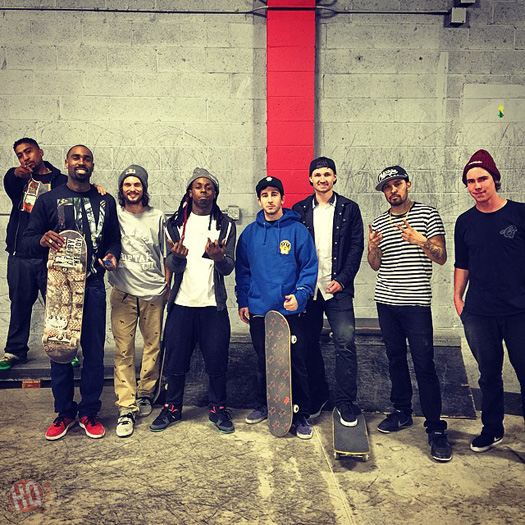 You can check out a couple of clips of Weezy skateboarding at the session, as well as another picture of him at the skate park after the jump below! 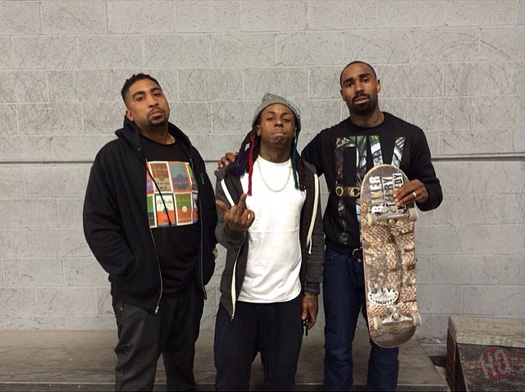