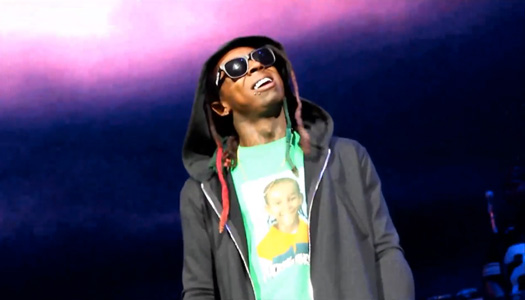 During his set, Weezy performed his newer songs like “Loyal“, “Only“, and “Coco” live. He also performed some of his older songs live too, such as “John“, “Hustler Musik“, “Lollipop“, “Mrs. Officer“, “Rich As Fuck“, and “No Worries“.

You can watch videos of Tunechi performing live at the concert after the jump below!

Lil Wayne performs “Loyal” and “Only”.