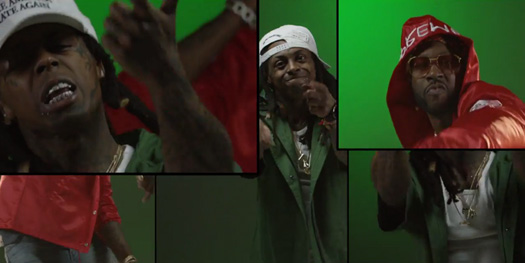 Here is the official music video for 2 Chainz and Lil Wayne‘s “Gotta Lotta” collaboration that was produced by Mannie Fresh.

The visual was directed by Howard Ross and the track can be found on Weezy and Tity Boi‘s joint album ColleGrove.

Hit the jump to check out the “Gotta Lotta” video. Unfortunately, it is not the extended version of the song that includes new verses from Tune and Chainz!