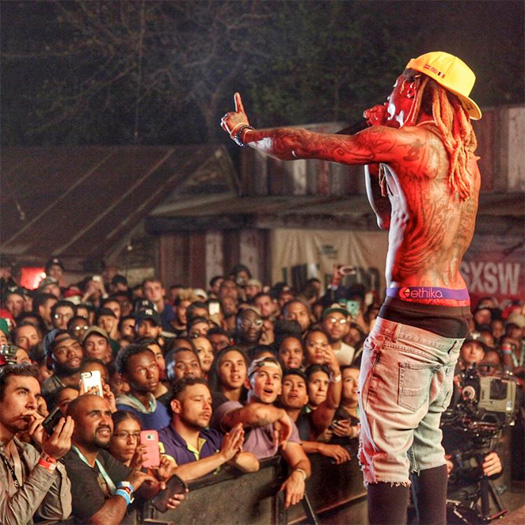 During the event, Weezy performed his usual songs live including “Ride For My Niggas” aka “Sky Is The Limit“.

You can check out some footage of Tunechi performing his Da Drought 3 song and a recap of the show in the clips after the jump below!