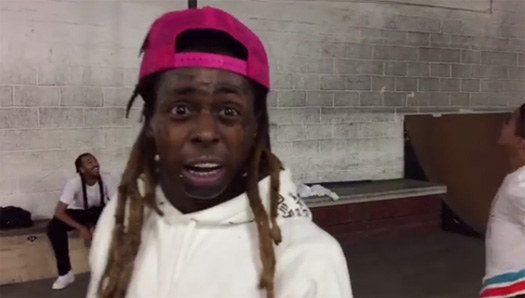 While at a skate park recently, Lil Wayne took part in a little game of basketball with his homies.

Tunechi and N.O. Capo took on young skateboarders YoYo and Wacson Mass as “I’m The One” played in the background, as well as an unreleased Tune song.

You can check out some footage of Weezy playing b-ball in a video after the jump below, courtesy of Spanish Mike!