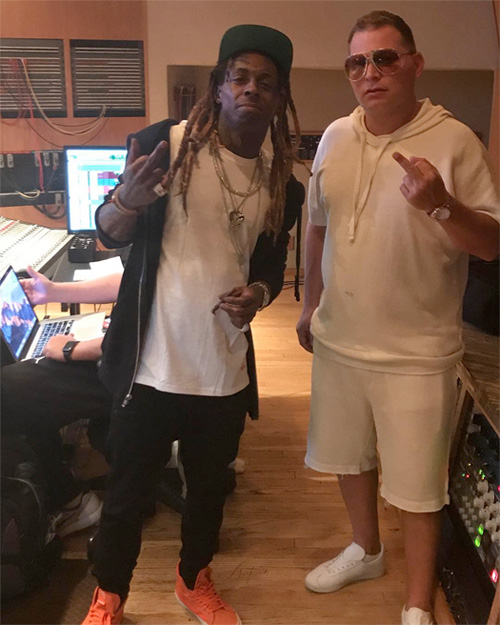 Not long after being released from hospital and the doctor saying he should have a couple of weeks off from working, Lil Wayne was spotted in the studio, which really shows how much of a work ethic he has.

Yesterday, Weezy hit up a studio in Los Angeles with producer Scott Storch and NBA player/rapper Damian Lillard aka Dame D.O.L.L.A. Young Money artist Lil Twist was there in the studio session too.

You can see another photo and a couple of clips of Tunechi listening to beats in the studio after the jump below. Tune really is a workaholic!