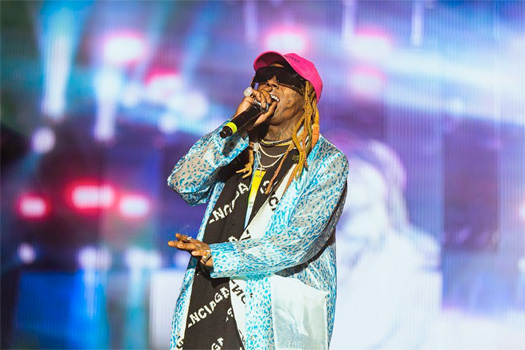 Lil Wayne was one of the headliners at the concert and during his set, he performed songs like “Pistol On My Side“, “Dedicate“, and “Let It Fly” live.

You can check out some footage of Tunechi‘s live performance at Scott‘s sold-out Astroworld Festival after the jump below!