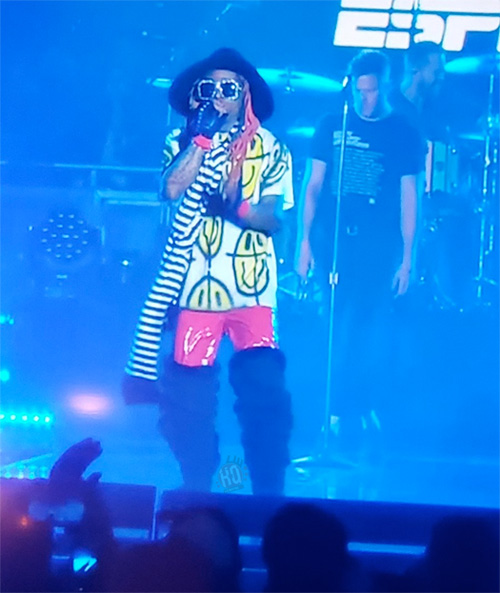 We’ve heard the audio, and now we can watch Imagine Dragons and Lil Wayne debut their new collaboration live on Monday (January 7th).

Dragons brought out special guest Weezy during their halftime live performance at the College Football Playoff National Championship on Treasure Island in San Francisco Bay to perform the “Believer” remix.

You can check out an official video of the Vegas pop/rock band and Tunechi performing live together after the jump below. Tune got absolutely flamed on social media for the choice of outfit he wore!