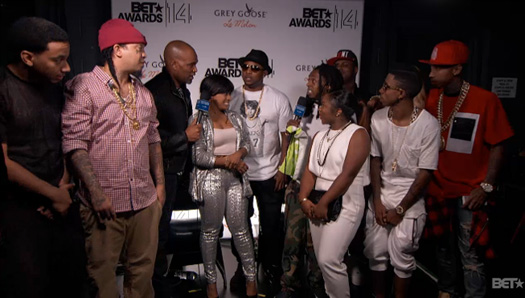 END_OF_DOCUMENT_TOKEN_TO_BE_REPLACED

Above, you can watch some footage of Lil Wayne skateboarding and smoking outside of the 2014 BET Awards, which took place at the Nokia Theatre L.A. Live in Los Angeles, California on June 29th.

In other news, hit the jump to watch a video that shows the producer of Weezy F Baby‘s “D’usse” track, Lee Major, taking us behind the scenes of how he created the instrumental!

END_OF_DOCUMENT_TOKEN_TO_BE_REPLACED

Lil Wayne Performs “Believe Me” & “Move That Dope” At Playhouse Nightclub, Says He Is In Love

After the 2014 BET Awards on June 28th, Lil Wayne hit up Playhouse nightclub in Los Angeles, California for an official after-party.

Above, you can watch Tune performing his “Believe Me” single and Future’s “Move That Dope” single while next to DJ Stevie J, DeRay Davis, Mack Maine and Soulja Boy, as well as announcing he is in love.

After the jump below, you can check out a clip of Weezy F Baby leaving Playhouse with his Young Money artists Christina Milian, Euro, and Gudda Gudda.

END_OF_DOCUMENT_TOKEN_TO_BE_REPLACED 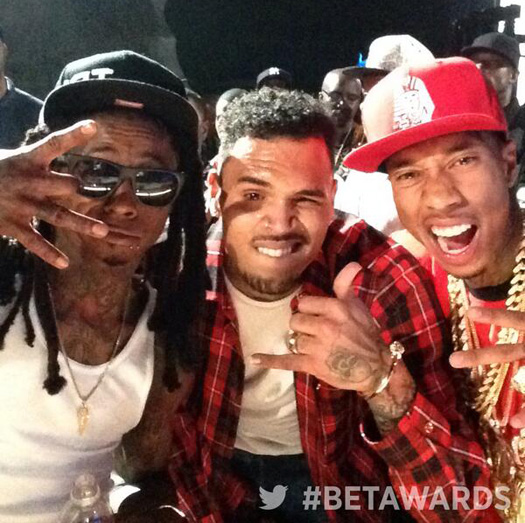