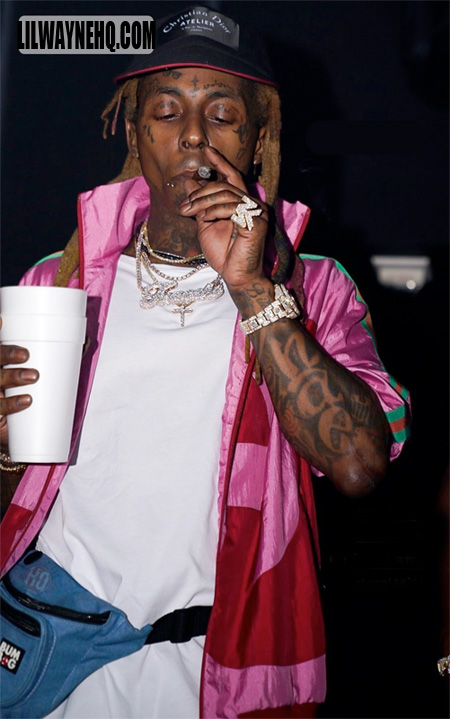 Joey Purp recently appeared on Pitchfork‘s “VERSES” series to reveal what his favorite verse of all time is.

The Chicago rapper announced Lil Wayne‘s verse on “Dear Summer“, which can be found on The Suffix mixtape, is his fav before he then recited it.

During the conversation, Purp also discussed how he felt hearing Wayne rap about Hurricane Katrina, his brother burning it to a disc for him in the 6th grade, listening to the song all the time, and more.

You can watch Joey Purp speak on his favorite verse and break it down after the jump below. Click here to see Joey mention Weezy is in his top 5 of all time list! Is “Dear Summer” one of your favorite ever songs?

END_OF_DOCUMENT_TOKEN_TO_BE_REPLACED 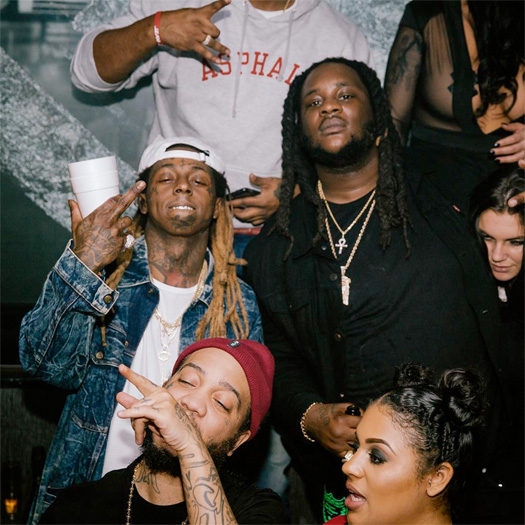 It can’t be long now until we get the announcement that Lil Wayne has signed to Roc Nation as Wayne has hinted at the deal once again while he was bringing in the New Year at LIV nightclub in Miami, Florida on January 1st.

During his appearance at the first “LIV on Sunday’s” of 2017, Tunechi was spotted jamming out to his “Burn” freestyle off Dedication 4 (I forgot how dope this song is) and throwing up the ROC sign.

Weezy also got on the mic to shout “when you see me it’s Y-M-R-O-C” and “triangle”, which I would presume is for the ROC hand sign. You can check out some footage of it all below!

END_OF_DOCUMENT_TOKEN_TO_BE_REPLACED

Either Lil Wayne changed his mind, or DJ Scoob Doo screwed up his tweet yesterday when he said he heard a second installment of a certain mixtape is about to be in the works.

We all thought Wayne was going to start work on No Ceilings 2, but it now looks like the mixtape is either going to be Da Drought 4 or Dedication 4 because Scoob Doo just tweeted this: “And I heard that mixtape is a 4th installment and not a 2nd ‪#breadoverbed”.

So the good news is that Weezy F Baby is still starting work on a mixtape for us fans before he drops his I Am Not A Human Being II album later this year, but it will not be No Ceilings II like most of us had hoped.

Personally, I think it might be Dedication 4 because the DJ who hosts the Dedication series, DJ Drama, his latest tweet says: “Wow, homie just did “burn”. That tape gon be crazy”. I have no idea if he is talking about Tunechi, but I hope so, because that instrumental is a banger! Also, Mack Maine did confirm that there would be a Dedication 4 tape back in 2010 when Weezy was locked up.

Anyways, which mixtape would you want next from Tune ❓ Da Drought 4 or Dedication 4 ❓