Fat Joe recently sat down with Elliott Wilson for an interview on TIDAL’s CRWN series.

During their conversation, Joe recalls playing Lil Wayne the “We Takin’ Over” song from DJ Khaled in the studio as they wanted him on it and how Weezy was just staring at the speakers the whole time like he was ready to fight them.

After he played his own verse, Joey Crack remembers Tunechi telling the engineer “I’m ready” before then proceeding to spit the classic verse. In disbelief, the Bronx rapper says: “this nigga bodied me man” and that he “learned from Wayne a lot” after witnessing this in person!

END_OF_DOCUMENT_TOKEN_TO_BE_REPLACED 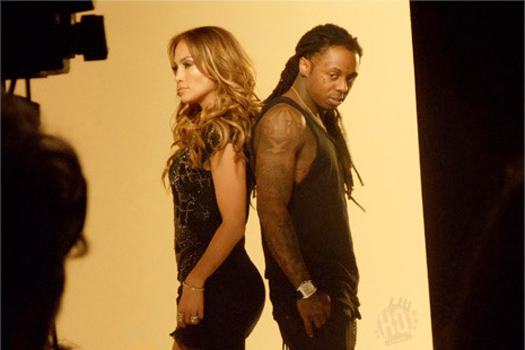 Jennifer Lopez sat down for an interview with TIDAL’s “CRWN” series at the Manhattan Center in New York City on April 9th.

During her conversation, J. Lo revealed who her top 5 rappers of all time are to which she named: Nas, Big Pun, Fat Joe, The Notorious B.I.G., and Lil Wayne.

“Nas is one of my favorite rappers of all time. He might be my number one. I don’t think I’ve heard anybody who raps, who hits me in the same way. He sounds like the guys I grew up with, but he’s also so intelligent. I always felt he was so smart. I just love that, I love his style. I would say I’d have to rep for Pun and [Fat] Joe. Biggie. I would definitely say Lil Wayne as well. He did call me Miss Lopez on a song like I was a teacher. So cute.“

If you didn’t already know, Wayne and Lopez worked together on her “I’m Into You” single back in 2011! 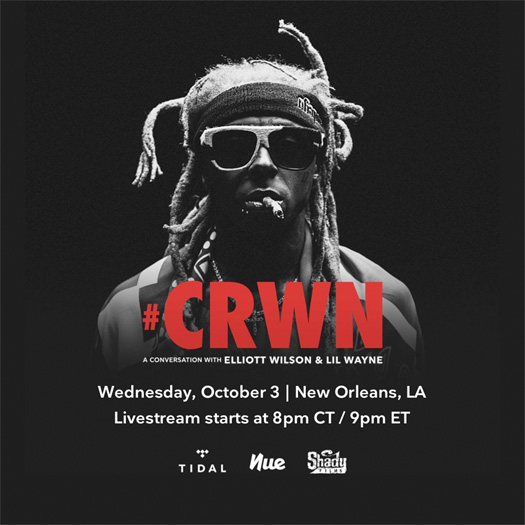 For the second time in his music career, Lil Wayne will be sitting down with Elliott Wilson for an interview on his CRWN series.

During their sit-down conversation, I am sure Wayne will go into detail about his Tha Carter V album and also the situation with Birdman.

The interview will be taking place on Wednesday, October 3rd in New Orleans, Louisiana and we will be able to stream it live from 9:00PM EST!

G-Eazy Reveals He Learned To Turn Up On Stage From Lil Wayne, Calls Him The “Best Performer”

G-Eazy sat down with Elliott Wilson for an interview with his CRWN series on July 25th at the Gramercy Theatre.

During their conversation, Eazy explained that he learned to turn up on stage and perform a great show for fans from watching the likes of Lil Wayne, Drake and Curren$y.

Before the video ended, which you can check out below, G-Eazy also mentioned that “Wayne is the best performer” he has ever seen!