END_OF_DOCUMENT_TOKEN_TO_BE_REPLACED

Turk sat down with Vlad TV recently to speak on numerous subjects, including some questions about Lil Wayne, which you can check out below.

In one clip, Turk addresses the Internet gossip about Birdman kissing Wayne or himself and in another clip, the YNT founder discusses Drake calling Tunechi his idol by saying there would be no Drizzy if it weren’t for Tune.

For the final video, Turk talks about how he wishes his relationship with Lil Wayne was better as the only way he can talk to Wayne is through his entourage. The New Orleans rapper even went on to call Weezy “irreplaceable” and state there will never be another Mr. Carter!

END_OF_DOCUMENT_TOKEN_TO_BE_REPLACED

Last night, Lil Wayne attended LIV nightclub in Miami, Florida for “LIV on Sunday’s” and to help celebrate Jim Jones‘ birthday. The crazy part about this is that Birdman was also in attendance with his crew.

While Tunechi was on the podium performing live, Baby or someone in his entourage “threw a cup of liquor” at him, which is then why LIV closed the nightclub early.

You can watch a clip of Tune‘s reaction after the jump below!

END_OF_DOCUMENT_TOKEN_TO_BE_REPLACED 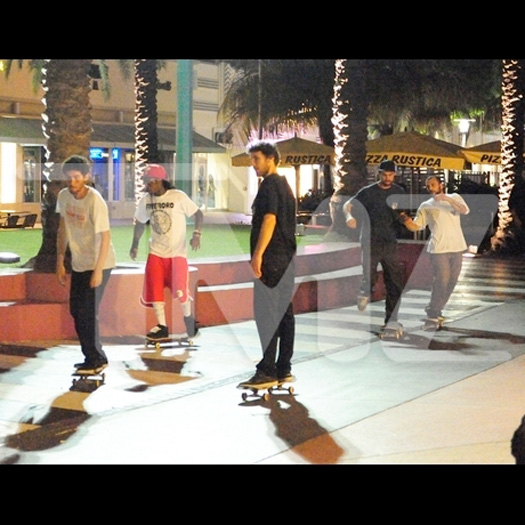 END_OF_DOCUMENT_TOKEN_TO_BE_REPLACED

Above, you can watch a full stream of DJ Scoob Doo’s “Entourage: Fetti Holmes Edition” DVD featuring Lil Wayne, Drake, Birdman, Gudda Gudda, Nicki Minaj, Gucci Mane, Jadakiss and more. You can order your official copy of this DVD here, and read some “thank you’s” from Weezy in a new letter from Rikers Island after the jump below.