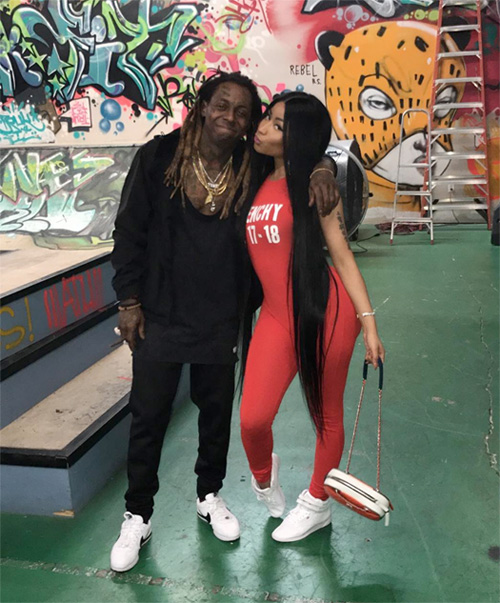 END_OF_DOCUMENT_TOKEN_TO_BE_REPLACED

Birdman recently made an appearance on Travis Scott and Chase B’s Beats 1 “.wav Radio” show to speak on the early days of Cash Money, his documentary, Drake, and plenty more.

In a preview from their conversation, Baby was asked about Lil Wayne‘s upcoming Tha Carter V album to which he replied:

“Carter V coming out, it’s definitely coming out. The situation with me and my son, I’mma put all that behind us and just let it move forward. Wayne is one of the best artists ever to do the game and I want to see him finish continuing to do what he been doing. And I’mma support whatever he’s doing, but you definitely gonna get a C5.”

You can listen to the the excerpt after the jump below. The full interview will air later today at 3:00PM EST! Do you believe Birdman‘s words?

END_OF_DOCUMENT_TOKEN_TO_BE_REPLACED 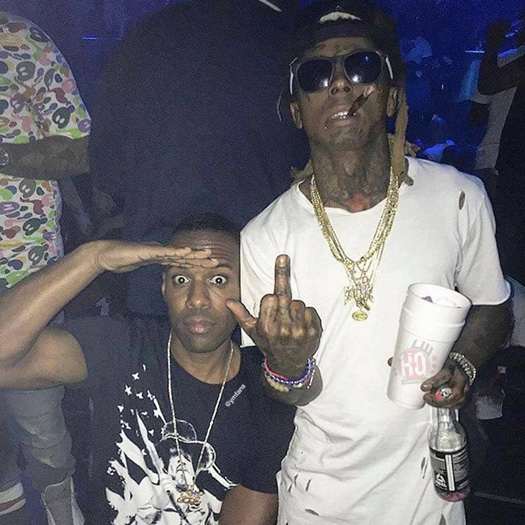 END_OF_DOCUMENT_TOKEN_TO_BE_REPLACED

In the video above, you can watch a 1 minute sneak peek of Lil Wayne interviewing the San Francisco 49ers star Randy Moss for ESPN’s Sunday NFL Countdown. In the preview clip, Weezy F Baby asks Moss what are the reasons for why he retired and then returned back to play in the National Football League.

The full interview, which took place at the end of last month, will air on ESPN this Sunday (November 11th) during the Sunday NFL Countdown show from 10AM to 1PM EST.

According to Colleen Dominguez, an ESPN reporter, Tunechi wants to get more involved with sports media to show off his love and passion for all sports. So I wonder if we will be seeing more interviews done by Tune himself in the future ❓

Lil Wayne Has Eyes On A Collabo Project With Rick Ross

In another excerpt from Lil Wayne‘s feature in VIBE Magazine‘s October/November issue, Weezy speaks on possibly doing a collaboration project with Rick Ross.

According to Wayne, a project with Miami rap don Rick Ross is being eyed. For Weezy, who seems to have a real synergy with Ricky as evident by their last bruising tag-team statement “John,” working with the stout rapper has become effortless. “It’s really easy,” Wayne told VIBE. “I just know how to jump in Rick’s zone and I’m sure he does the same when it’s a song with me on it. I guess it’s just some kind of musical connection.”

Wayne, who is also rumored to also be working on a joint album with his platinum Young Money artist and cohort Drake, believes that being able to collaborate with other acts is the true measure of talent. “As an artist, I can get in your world,” explains Wayne. “That’s the beauty of music for me. That’s what it’s all about: just adjusting to where I’m at musically, adjusting to the belly of the beast and making the most of it with other artists.”

This just shows that Tunechi is still working hard in the studio, as we know he is already working on another YMCMB compilation and the I Can’t Feel My Face collabo album with Juelz Santana. Maybe Wayne and Drake will scrap working on a collabo album together and just work on one with Rick Ross ❓ This would be dope, because personally I think Tune, Drizzy and Rozay are the hottest 3 rappers in the music game today!