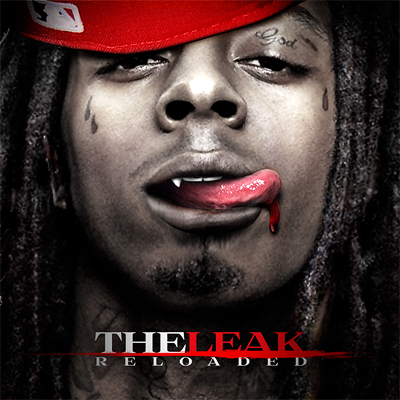 It looks like we will have another unofficial Lil Wayne mixtape on the way and let’s just hope it isn’t as disappointing as “Public Enemy” was. This upcoming tape is called “The Leak Reloaded” and it looks like there will be some nice exclusives on there including that Omarion and Lil Wayne single which I have warned you all about here and here lol. Unfortunately there is a lot of old tracks on this mixtape, but I know a lot of people who always like these “Leak” tapes, so I will still post them up. You can view the tracklist after the jump:

END_OF_DOCUMENT_TOKEN_TO_BE_REPLACED

Finally the Lil Wayne “Public Enemy” mixtape is here, but unfortunately it is not what we were all expecting as there was only two exclusives on the tape and they had DJ tags on them 🙁 I wasn’t going to post it, but I know a lot of you all wanted it to download, so I have posted the whole mixtape available for download below. Click on the picture above for a larger view of the front cover and if you just wish to download the exclusives, click here for “Another Planet” or here for “Fuck Me“.

Enjoy and click continue below to view the back cover/tracklist:

END_OF_DOCUMENT_TOKEN_TO_BE_REPLACED

The most dangerous Lil Wayne release is finally here. The Connect somehow got his hands on 4 tracks off of “The Rebirth” and the streets are eating it up. The day of the exclusive is dead since the internet change the game, but The Connect proves the naysayers wrong by digging deep and finding those rare collabo’s that the radio hasn’t flooded the market with yet. If your local retailer doesn’t have it, tell them Mtk’s said, they’re doing bad business.

A few people have known about this Lil Wayne mixtape for 2 – 3 weeks now including me and it seems that it will be be dropping to the net this week! It is called “Public Enemy” and there is going to be about 4 – 5 exclusives on there including tracks from Rebirth. Check out the tracklist below:

Now, a question to y’all – Do you want me to post the whole mixtape available for download on LilWayneHQ when it comes to us or just the new exclusive songs ❓ Let me know in the comments.