Soulja Boy was a recent guest on Gillie Da King and Wallo267‘s “The Million Dollaz Worth Of Game” podcast.

During their interview, Young Draco was asked who his top 10 rappers of all time were to which he named Lil Wayne in the fourth spot:

You can watch SB name his top 10 rappers in the clip after the jump below! What are your thoughts on his list?

END_OF_DOCUMENT_TOKEN_TO_BE_REPLACED 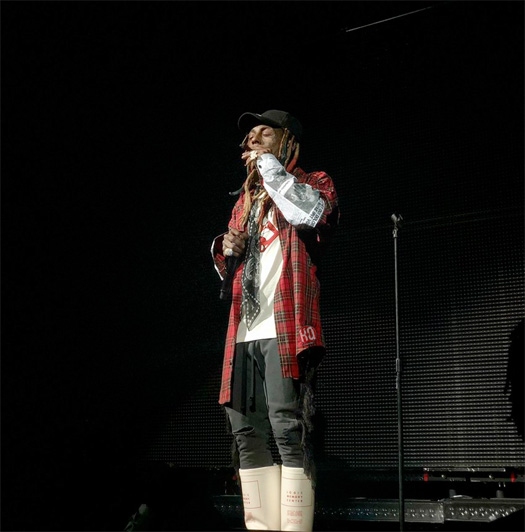 END_OF_DOCUMENT_TOKEN_TO_BE_REPLACED

In the week, Soulja Boy appeared in the Chat section on his official website SODMG to answer questions from registered members.

A frequent visitor of LilWayneHQ.com, Kunechi, asked Soulja if he still had a few beats on Lil Wayne‘s upcoming Tha Carter V album to which he replied: “did like three songs on there”.

If you recall back to 2014, SB revealed in an interview that he had been working on Weezy‘s C5 album with Justin Bieber and already had two beats on there. You can see a screenshot of the Chatbox after the jump below!

END_OF_DOCUMENT_TOKEN_TO_BE_REPLACED

Lil Wayne Performs “Believe Me” & “Move That Dope” At Playhouse Nightclub, Says He Is In Love

After the 2014 BET Awards on June 28th, Lil Wayne hit up Playhouse nightclub in Los Angeles, California for an official after-party.

Above, you can watch Tune performing his “Believe Me” single and Future’s “Move That Dope” single while next to DJ Stevie J, DeRay Davis, Mack Maine and Soulja Boy, as well as announcing he is in love.

After the jump below, you can check out a clip of Weezy F Baby leaving Playhouse with his Young Money artists Christina Milian, Euro, and Gudda Gudda.