In the week, Soulja Boy appeared in the Chat section on his official website SODMG to answer questions from registered members.

A frequent visitor of LilWayneHQ.com, Kunechi, asked Soulja if he still had a few beats on Lil Wayne‘s upcoming Tha Carter V album to which he replied: “did like three songs on there”.

If you recall back to 2014, SB revealed in an interview that he had been working on Weezy‘s C5 album with Justin Bieber and already had two beats on there. You can see a screenshot of the Chatbox after the jump below! 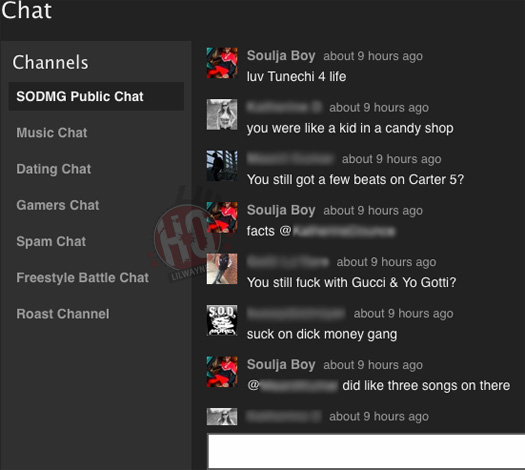