END_OF_DOCUMENT_TOKEN_TO_BE_REPLACED

Turk explains in an interview with AllHipHop about why he filed a lawsuit against Birdman and Cash Money Records for over $1 million dollars, as well as his thoughts on what Lil Wayne will be going through right now after he filed his lawsuit last month.

The former Cash Money artist speaks on being promised to get back with Birdman and a Hot Boys reunion while he was incarcerated, chatting to Tunechi recently but not since his lawsuit, why he thinks CMB is successful even though they get sued frequently by people in the music industry, and confirms that he is not suing Baby just because Tune did it.

You can read what Turk said after the jump below!

END_OF_DOCUMENT_TOKEN_TO_BE_REPLACED

Former Cash Money Records label-mate and Hot Boys member Turk recently spoke to SOHH about Lil Wayne wanting to get out of his contract with Cash Money and to share his thoughts on Wayne‘s feud with Birdman.

Turk explains that this is all old news to him and believes it is not a publicity stunt, because Baby was also not paying his artists years ago when he left Cash Money with Juvenile, B.G., and Mannie Fresh.

You can read what Turk thinks about this situation after the jump below. He also spoke on the Weezy vs. Birdman beef a couple of months ago in another interview, so click here to listen to that if you missed it!

UPDATE: I have included a video below of Turk explaining on TMZ Live that he is also suing Birdman for over $1 million, because he was promised royalty money and a Hot Boys reunion after he was released from prison, but got nothing from him either.

END_OF_DOCUMENT_TOKEN_TO_BE_REPLACED 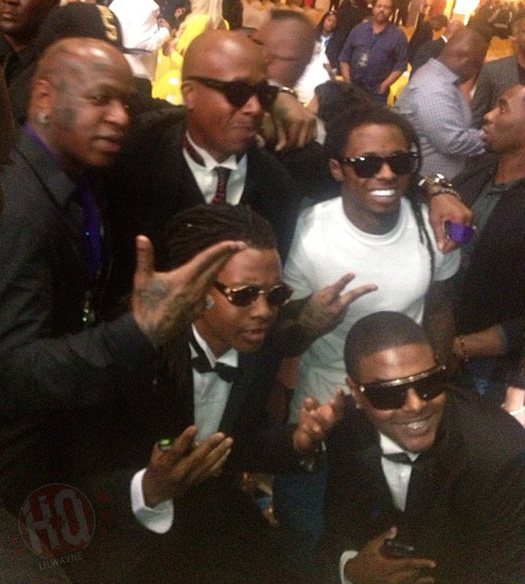