END_OF_DOCUMENT_TOKEN_TO_BE_REPLACED

Birdman Appears On “Wendy Williams”, Confirms Him & Lil Wayne Will Be Working Together Again [Video]

Earlier in the week, Birdman made his debut appearance on “The Wendy Williams Show” to promote his “Before Anythang: The Story Behind The Cash Money Records Empire” documentary.

While on the American talk show, Baby talked about his relationship with fiancee Toni Braxton, his 2 kids Brian and Bria, Nicki Minaj, and plenty more.

The #1 Stunna also had some stuff to say about Lil Wayne including how all of the tabloids are getting the story backwards about him stopping the release of Tha Carter V and owing Wayne $51 million.

However, Birdman revealed he can’t explain the situation as of right now but confirmed that at some point in time we will see both him and Weezy back working together again. You can see Baby‘s sit-down interview with Wendy Williams below!

END_OF_DOCUMENT_TOKEN_TO_BE_REPLACED 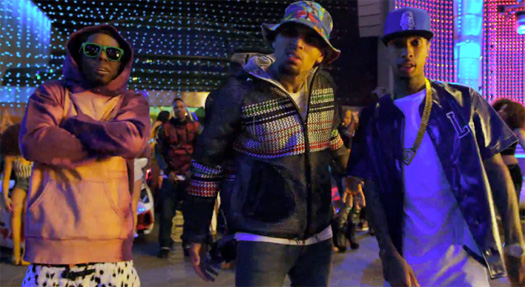 Today, the nominations for the 2014 Soul Train Awards were announced and Chris Brown, Lil Wayne, and Tyga‘s “Loyal” collaboration was nominated a total of four times.

This year’s Soul Train Awards, which are being hosted by Wendy Williams, will take place at the Orleans Arena in Las Vegas, Nevada on November 7th. It will air on Centric and BET on November 30th at 8PM EST.

You can view which songs “Loyal” will be up against in the categories below. Click here to see what Drake and Nicki Minaj were nominated for at the awards show!