Tag Archives: why you mad

Above, you can watch Lil Wayne and Birdman perform “Y.U. Mad” live at MTV2’s 1st Annual Sucker Free Awards in South Beach, Miami at the LIV Fontainebleau. If you missed some photos from the show, then you can view them here.

After the jump, you can check out YMCMB accepting their Sucker Free award for “Crew Of The Year“!

END_OF_DOCUMENT_TOKEN_TO_BE_REPLACED

Here is the official music video for Birdman‘s “Y.U Mad” single featuring Lil Wayne and Nicki Minaj. Gil Green directed this visual, which was shot in Miami, and Baby‘s Bigga Than Life album is set to be released in March 2012. You can view some behind the scenes photos from the video shoot here.

END_OF_DOCUMENT_TOKEN_TO_BE_REPLACED 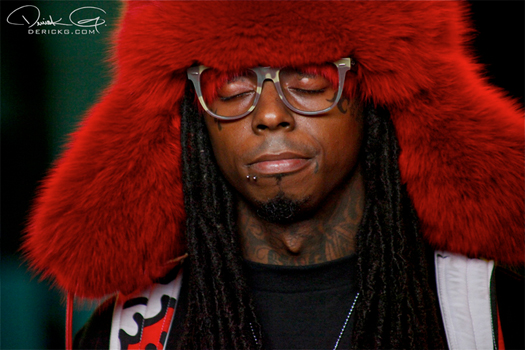 Check out these dope photos of Birdman, Lil Wayne and Nicki Minaj on the set of Baby‘s “Y.U. Mad” video shoot, which was shot in Miami last month by Gil Green. This single will appear on Baby‘s upcoming Bigga Than Life album that will be released on November 21st and the official music video should be dropping anytime soon. Hit the jump to view the rest of the pics and by the look of these pictures, the visual looks like it will be a movie!