Interviews, Latest News, Other Previous Next

Lil Wayne x Alchemist: The Story Behind “You Ain’t Got Nothin’ On Me” 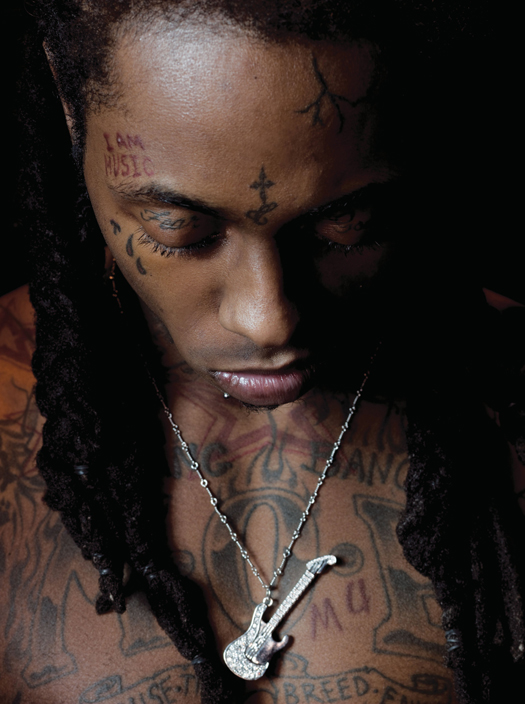 “Picture of Lil Wayne from the Rebirth photo shoot!”

Editor’s Note: As told by Stephen “Spliff” Hacker of Spliffington Management. Spliff reps Alchemist, but he also manages producers Infamous & Streetrunner, who both have done numerous records for Lil Wayne. Read the story behind what is arguably the best track on Tha Carter III, and honestly the last time we’ve heard Fabolous & Juelz Santana actually spazz on a track, below.

Aside from representing Alchemist as a producer working with outside artists, I was recently heavily involved with his second album, Chemical Warfare.

This was an album that was in the making since 2005 and was released in 2009, so you know a lot of work went into creating it. Throwing around ideas of which guest artists to have featured on the project was something ALC was very critical of, but I knew there were some names which undeniably had to be heard on his music. Case in point, what became “You Ain’t Got Nothin On Me” featuring Fabolous and Juelz Santana, from Lil Wayne’s 3x Platinum and Grammy Award winning Carter III album.

Firstly, that beat was coincidentally on the same CD I gave Cam’ron that had what is now the “Wet Wipes” beat on it. Now, back in early 2007 I had spoken to Fabolous and let him know I wanted him on Alchemist’s album. He said he was a fan of Al’s work and obliged us. He had done a bunch of prior freestyles over Al’s beats and I knew there was a good synergy when they matched up. I set up a session and let him work his magic. He went through some beats and started to record. Not knowing what would come out of this experiment, since it was the first time Al and Fab actually worked together, we knew we had something great when he was finished. Even though it was only one verse, it took a few days of listening to it over and over again for the insane punchlines to set in. That was that and the ball was rolling. We sat on the Fab verse for about a week and then I told Al we have to put Juelz Santana on it next.

This is where it starts becoming a major pain in the ass. I’ve known Juelz for about 5 years now where I’ve learned the hard way that he loves taking his sweet time. I brought him the track with Fab’s completed verse and he took an instant liking to it and told me he’d get on it ASAP. ASAP in his dictionary means 7 months. That’s life when you are dealing with rappers sometimes. I lost count how many times I called, went to go see him and tried convincing him that this really could be something special with him on it. Fast forward to November 2007, I finally get the call from him that its done.

Now we are left with a song with 2 verses and no hook. What now? Only one choice I thought, The Fireman. Alchemist knew this could be a big record so he told me to go for it and get it done. I had tried to get Wayne on another song with Prodigy called “Keep The Heels On” for the Chemical Warfare album about a year before, but it didn’t end up coming to life. Within a week after Juelz had finished his verse, I sent the track with Fabolous and Juelz on it to Wayne and he sent it back a few days later. Not only with the 3rd verse done, but he filled in the hook as well, which we weren’t expecting. We also got the song back with different drums only over Wayne’s verse, something we later found out Weezy sporadically wanted done when he was recording to enhance the song. Those new drums were programmed directly on top of Alchemist’s track by Wayne’s engineer, which surprised the shit out of us. Weezy at this time was already taking over the game and it really surprised us how fast he got it done.

So you are probably asking yourself, why wasn’t this record on Alchemist’s album? We had all of the pieces of the puzzle in place, 3 of the hottest rappers going hard on the same track produced by The Alchemist. We were hype and really felt like we now had the song the fans and the streets are going to love. About 2 weeks after we get the song back from Wayne, I get a call that Wayne really likes the record and that he wants to keep it for his new album, Carter III. My gut reaction was like, there’s no way we’re giving this up, considering how long it took to complete it and all of the work put in. I told Al and he pretty much felt the same way. However, after looking at the possibilities of what was ahead with Wayne’s career, we decided to counter with a trade offer. We told them that we’d let them keep the record, if and only if, Wayne and the rest of the artists on the song agreed to record new verses for our project.

Carter III went on to win 4 Grammy’s and will probably set a benchmark in hip hop history. Chemical Warfare on the other hand, got an honorable mention in Popular Science’s Nevuary 32nd issue.

Sean might be down with being one of Lil Wayne’s pals, but don’t think he’s mastered how to sound cool saying the rapper’s name with a British accent: “I can’t say it! I say ‘little’ Wayne and it makes him sound cute as opposed to a gangster.” When asked if Wayne seemed blase about serving his upcoming prison term for gun charges, Sean says that Wayne is blase about a lot of things: “He’s just seen it all and done it all. He’s seen so much in his life. He’s got all the money, he’s had all the girls. I think all that drives him is to stay on top. So he’s looking at this like, ‘Oh OK, let’s get this out of the way and get back to work.'”

Click here to watch Nicki Minaj talk about Lil Wayne going to jail in February and Drake is going to be on Tha Carter 4, but not Rebirth.