Lil Wayne attended the Los Angeles Lakers vs. New Orleans Hornets game on April 20th at the STAPLES Center in LA. Young Money’s President Mack Maine and Cash Money’s CEO Birdman also attended the game, and you can view more photos after the jump below! Tunechi will be performing in the same arena tonight (April 22) for his “I Am Still Music” tour. 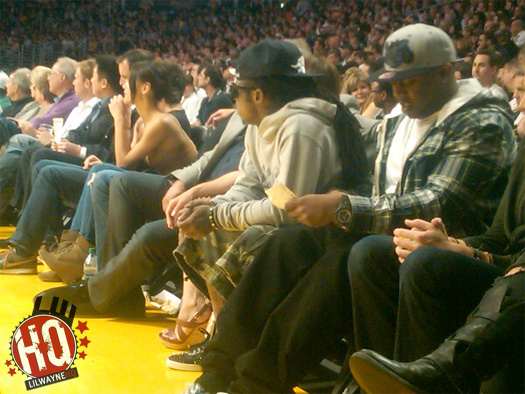