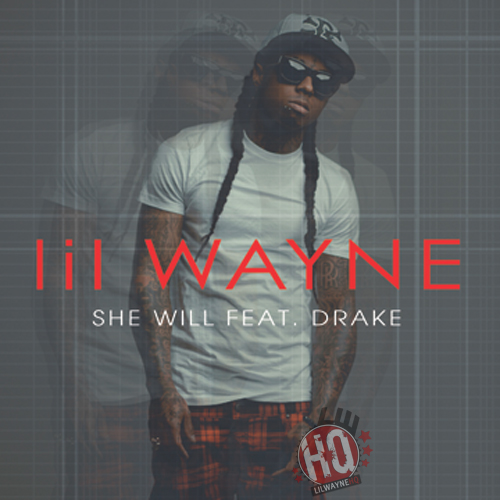 Check out the official cover for Lil Wayne‘s “She Will” single featuring Drake, which will appear on Weezy‘s Tha Carter IV album dropping on August 29th! We were supposed to get this single on Tuesday, but Mack Maine tweeted that night saying: “‘She Will’ will not be released 2day…(don’t shoot)….I will announce time and day soon!!!”. So that is the last we heard about that and there is currently no new release date for the single.