Here are some more videos and photos of Lil Wayne skateboarding at different skateparks at around 3AM after his shows on his “I Am Still Music” tour. In the video above, you can check out some footage of Weezy skating at THRASHER Warehouse. After the jump below, you can watch some footage of Tunechi getting pulled by Robert Dyrdek on a go-kart and getting launched into a foam pit, performing his first ever drop in on a 6 foot ramp, and view lots of pics!

Robert Dyrdek pulls Lil Wayne on a skateboard into a foam pit at the Fantasy Factory.

Lil Wayne performs his first ever drop in on a 6 foot ramp on September 1st in Albuquerque at TimeShip Skate School. 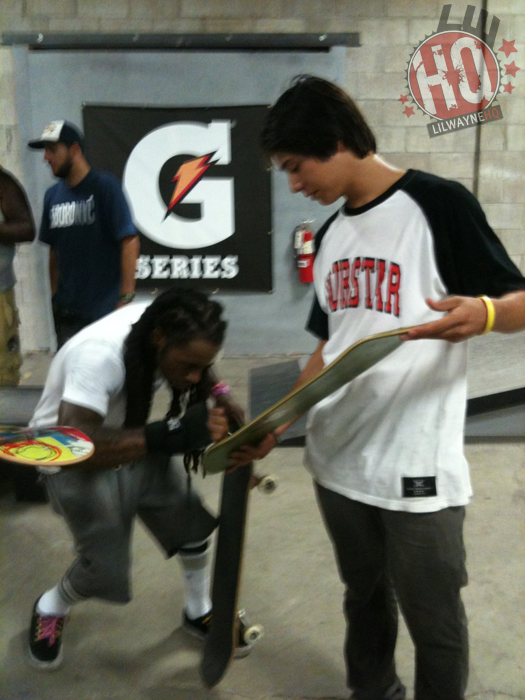 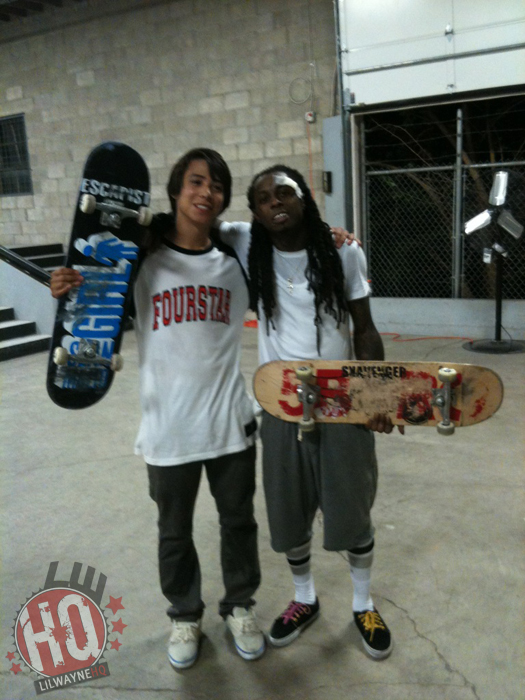 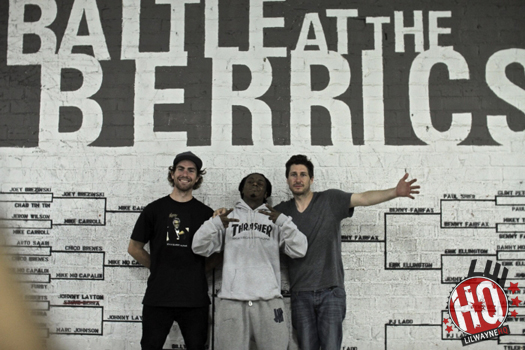 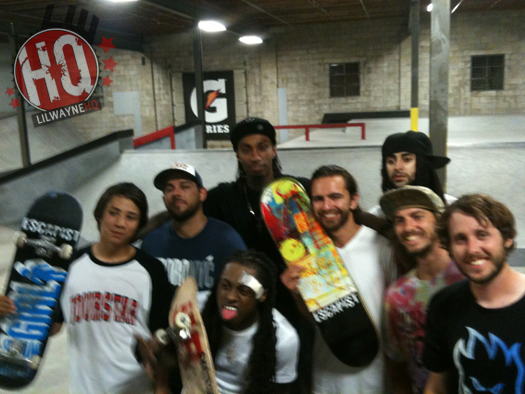 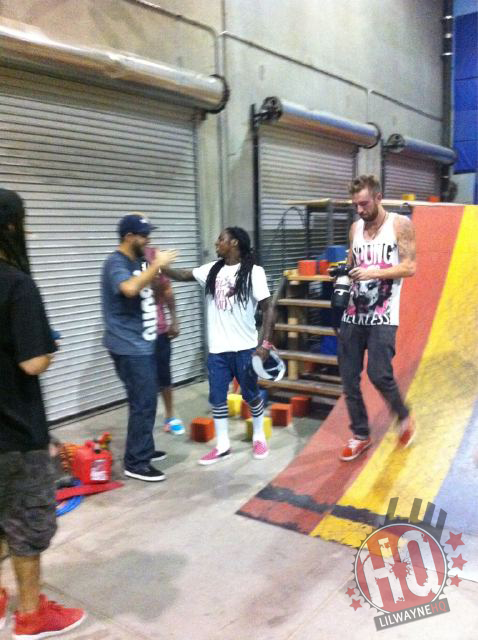 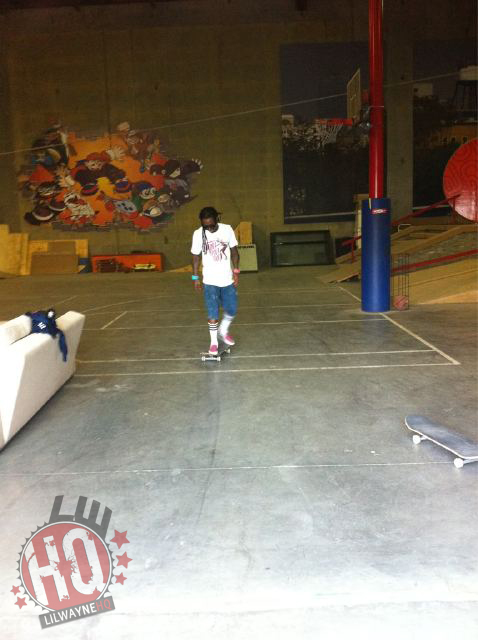 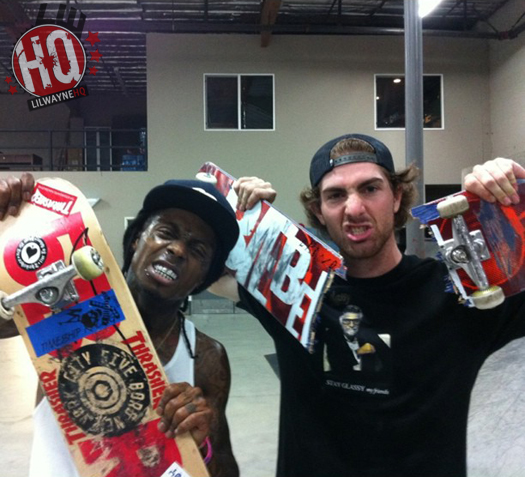 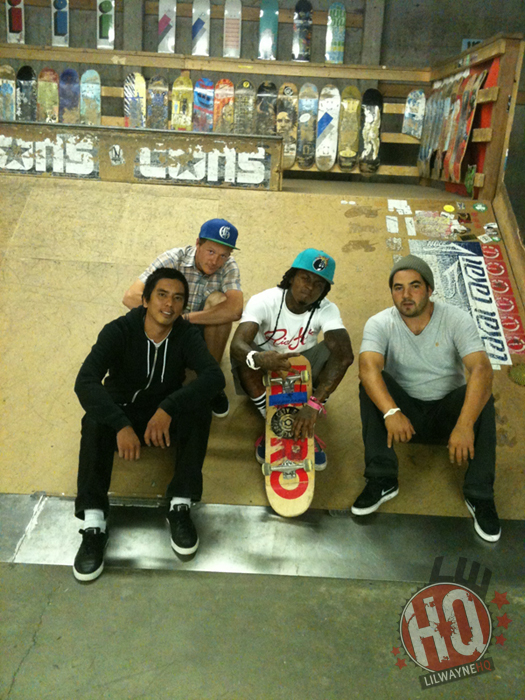 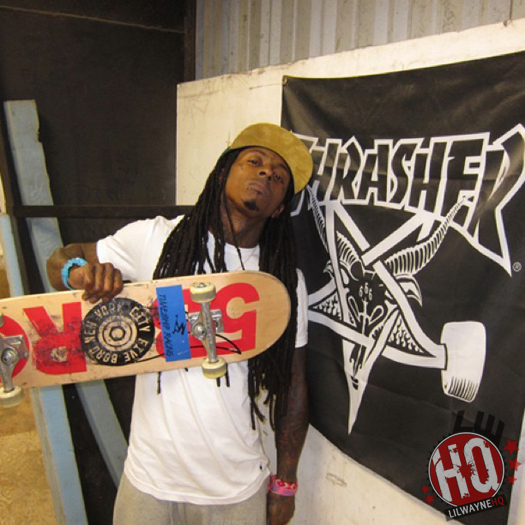 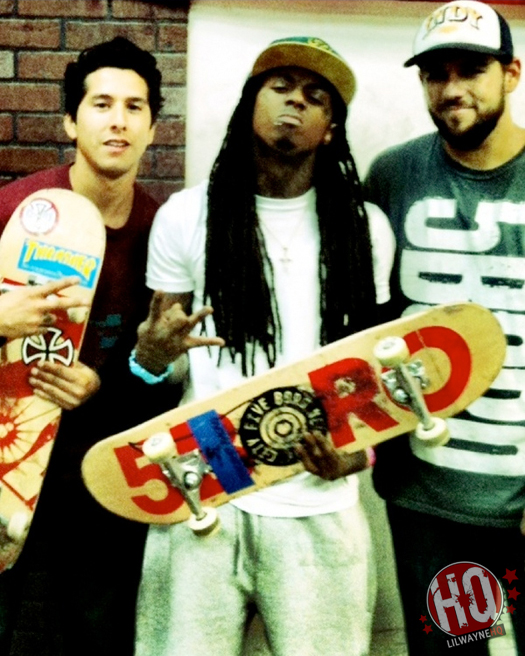 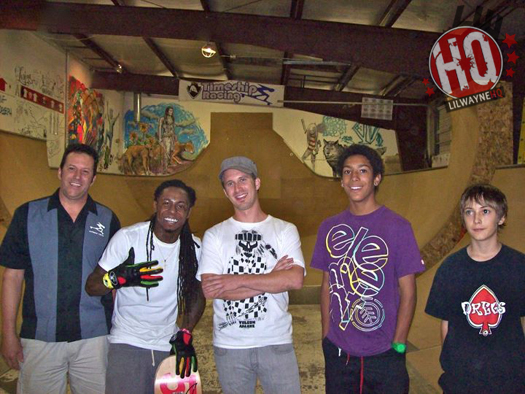 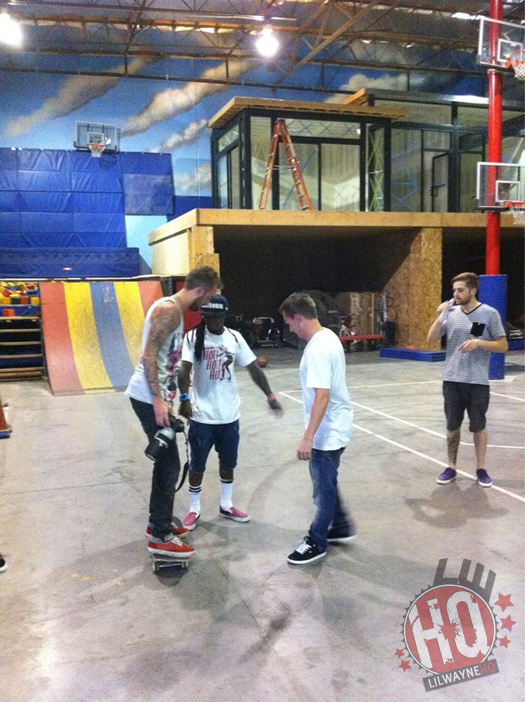 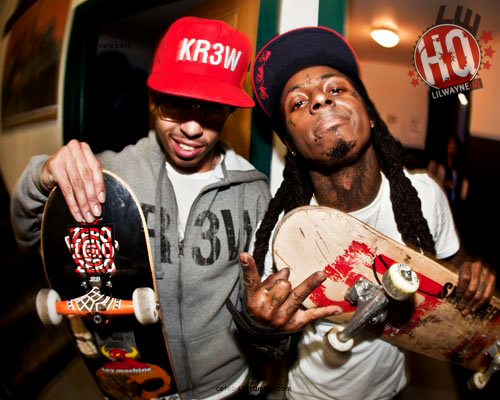 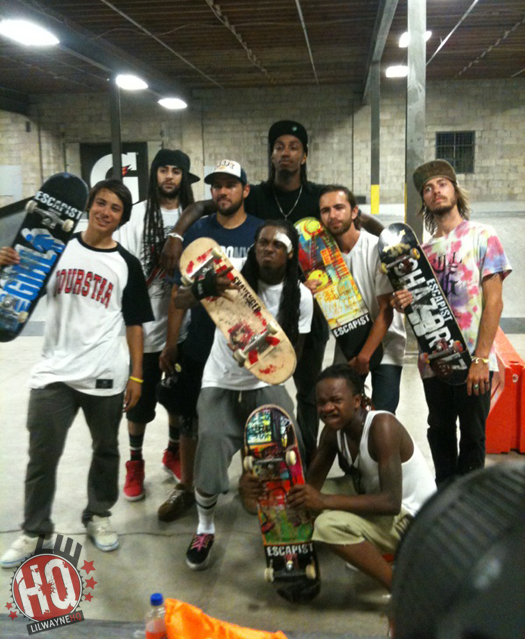 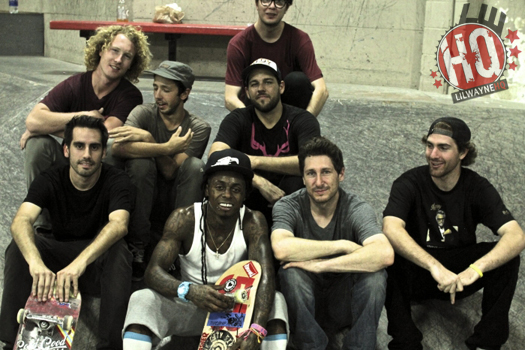