A few days ago, Miami Heat took on Los Angeles Lakers at the American Airlines Arena in Miami, Florida. You can view a photo above and a photo after the jump of Lil Wayne sitting courtside at the game eating some popcorn.

Also after the jump, you can view some footage that has only just surfaced online of Tunechi backstage at the 2011 BET Awards from June 26th last year. In the video, you can see Weezy dancing on his own backstage and then performing “Hustle Hard Remix” with Ace Hood, DJ Khaled and Rick Ross. What you all might find funny is how much Drake, Cortez Bryant and Birdman was loving the performance from the front row 😆 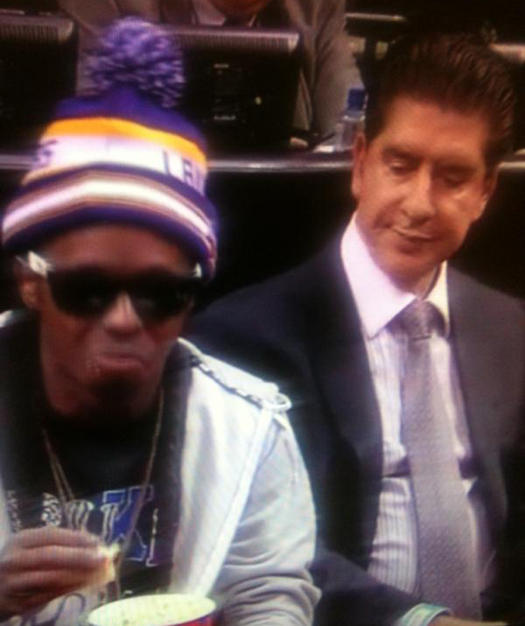 Man, it’s been a slow week with Tune news.