Check out these photos of Lil Wayne sitting courtside with Mack Maine during the Miami Heat vs. Atlanta Hawks game yesterday at the American Airlines Arena in Miami. You can see Weezy, who was rocking some leopard shorts and his Earl Odd Future hoodie once again, chatting with actor Adrien Brody. Hit the jump for the rest of the pictures!

Also after the jump, you can view some pics of Tunechi sitting courtside with Mack Maine again at the Charlotte Bobcats vs. Miami Heat game on January 1st. 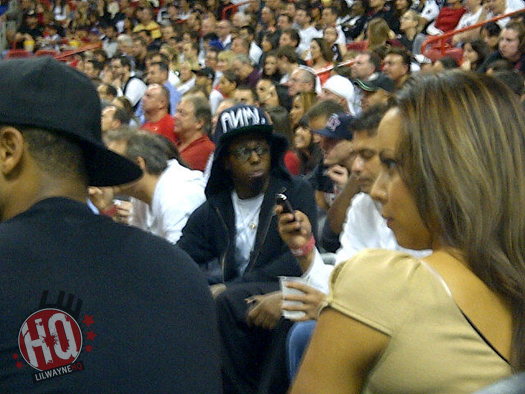 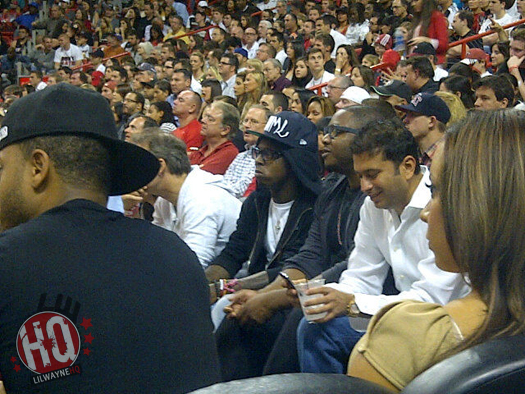 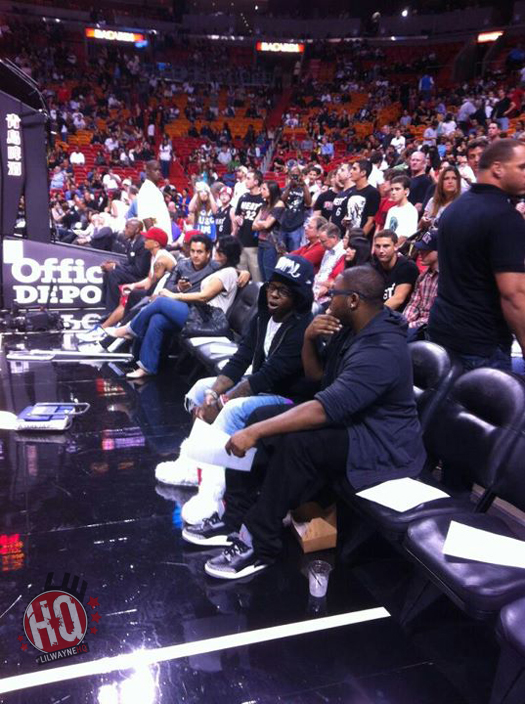