After Floyd Mayweather Jr. beat his opponent Miguel Cotto last night at the MGM Grand Arena in Las Vegas to take the WBA light-middleweight title, Lil Wayne, 50 Cent and Justin Bieber all made their way in to the ring to congratulate him on his win and undefeated record.

Fiddy and Weezy also had a little conversation face-to-face, which is actually the first time they have both met since 50 started beef with Tune a few years ago.

Check out some photos of Floyd, Wayne, 50 Cent and Justin all posing together with the belt after the jump below. 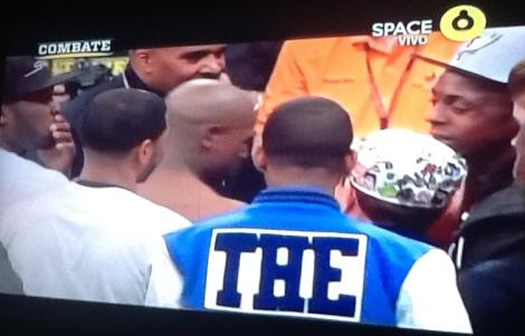 “All about a dollar, fuck two quarters; Bitch I pour syrup in that vitamin water”