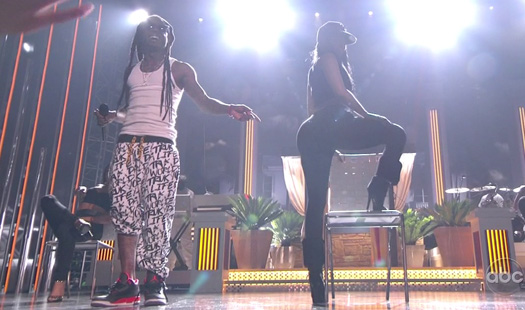 Nicki Minaj and Lil Wayne just performed “High School” live at the 2013 Billboard Music Awards, which took place at the MGM Grand Garden Arena in Las Vegas, Nevada. During the performance, Weezy F Baby even got a surprise lap dance from the Young Money Barbie!

This is also the first time Nicki and Tune have ever performed live together at an awards show. You can watch their performance in the video below!