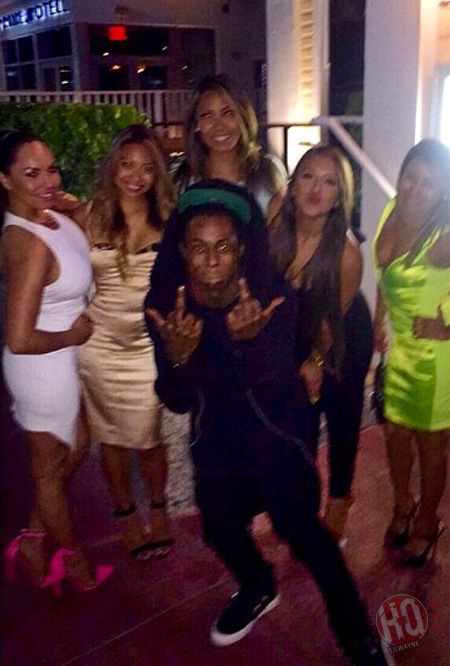 In a recent interview with HotNewHipHop, A$AP Rocky explained how his “M’$” remix with Lil Wayne came about, which appears on the At.Long.Last.A$AP album, as well as wanting to re-do his verse on “M’$” after he heard the verse from Wayne.

A$AP Rocky also discussed how too many people are forgetting everything that Tunechi has done for hip-hop, people being scared to admit they are fans of Tune nowadays, and how A$AP Yams constantly pushed Rocky to get a Weezy feature.

You can watch the conversation with A$AP Rocky after the jump below. If you want to go straight to the Lil Wayne part, then skip to the 11:00 mark. Click here to also watch another Rocky interview from a few days ago where he calls Mr. Carter “one of the greatest of all time”!

“I feel like him [Kanye West] and Wayne, people are kinda like… whatever, I think they’re a little bit disrespectful. Everybody be talking about: ‘oh Wayne…’ you know talking shit or whatever, but let’s not forget what he did. And then when they keep talking crazy, that’s when he go on ‘M’$’ and just… I was gonna do my verse over! It was just too late, I was gonna do my verse over.”

“I always wanted him on it [‘M’$ Remix’]. That was a Yams thing, Yams made that happen. Yams linked up with his bro Capo, next thing you know Mack Maine reached out, they showed love man. Much love to them cats man. It was just love, just straight love. Yams was adamant: ‘you gotta have Wayne on there.’ And them I’m like: ‘aight bro.’ He kept saying it, kept saying it. I just went to London and I was like: ‘aight, we gon’ still get Wayne on here, let me just do this real quick.’ He was like: ‘cool.’ And so I put that version out on some freestyle shit. But for the album, this is clearly the album version. He’s buggin’, he went mixtape Weezy on it.”