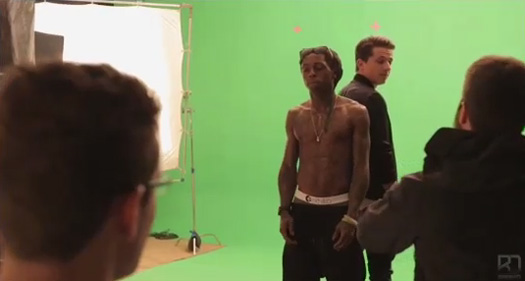 2 weeks after releasing the song, Lil Wayne and Charlie Puth shot a music video for their “Nothing But Trouble” collaboration, which as we already know will be appearing on the 808 documentary soundtrack.

You can check out a short behind the scenes clip of Weezy and Charlie on set of the “Nothing But Trouble” video shoot after the jump below, courtesy of Rob DeGruy!