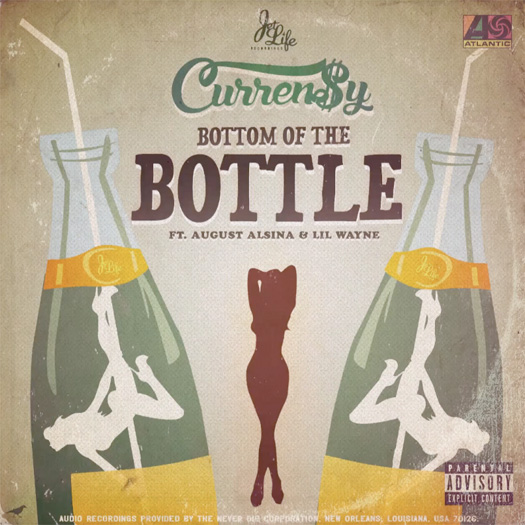 Here is the second Lil Wayne feature of the day (which also involves August Alsina)! Curren$y has released his new single called “Bottom Of The Bottle” featuring his fellow New Orleans natives Wayne and Alsina after previewing it last month.

The track will be appearing on the Spitta‘s upcoming Canal Street Confidential LP, due to drop later this year. You can listen to “Bottom Of The Bottle” after the jump below and you will be able to purchase it on iTunes tonight at midnight!