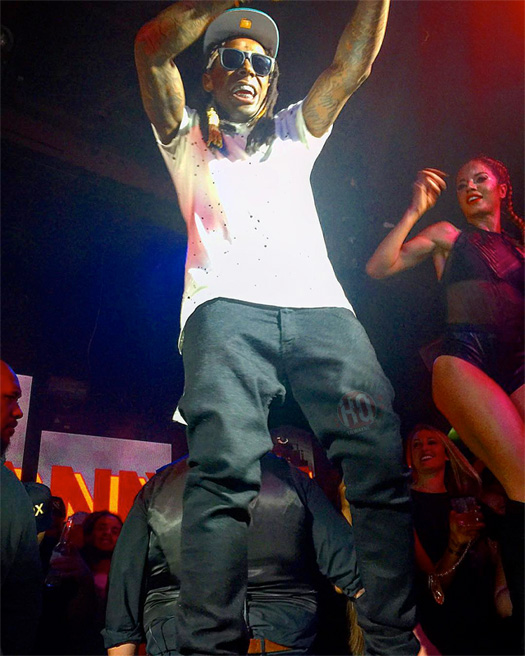 Lil Wayne attended Fluxx nightclub in San Diego, California on February 9th as he had a party to host.

You can check out some footage of Tunechi‘s live performance at Fluxx after the jump below!

Lil Wayne performs “A Milli” and “Rich As Fuck” live.