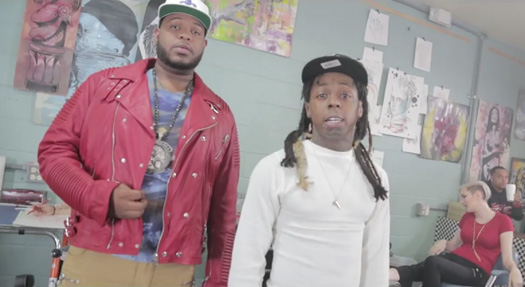 The visual was shot in their hometown New Orleans, Louisiana last month on January 30th and it will include cameos from Mannie Fresh and Fee Banks.

If you have not yet heard the “Halfway” remix from 8ighty and Weezy, click here to check it out. Hit the jump to watch the new behind the scenes clip from on set of the video shoot!