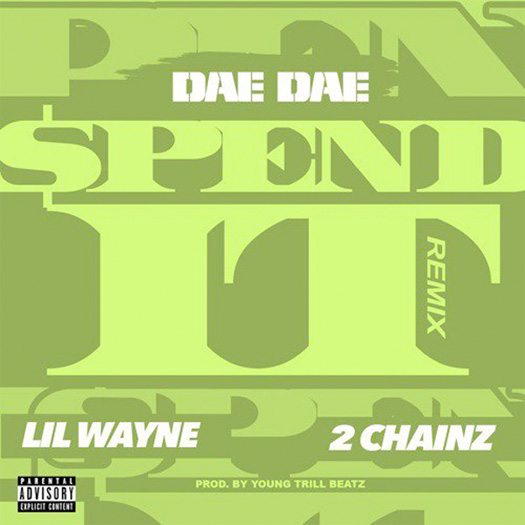 Nitti Beatz Recordings and 300 Entertainment’s Dae Dae grabs verses from Lil Wayne and 2 Chainz for his official “Spend It” remix that was produced by Young Trill Beatz.

This year, Weezy and Tity Boi have been working a lot with each other as they did the ColleGrove joint album, hosted parties, been nominated for an award, recorded features, and shot music videos together.

You can view the artwork above and listen to Dae Dae‘s “Spend It” remix after the jump below. Enjoy!