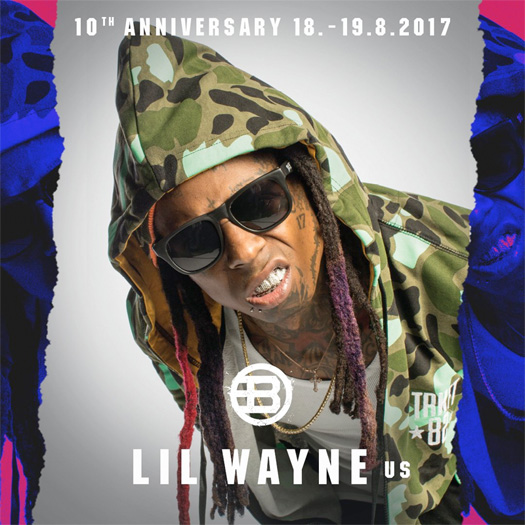 On August 19th, Lil Wayne will be headlining this year’s Blockfest music festival at the Tampere Stadium in Tampere, Finland.

Blockfest is the biggest hip-hop festival across all Nordic countries (Denmark, Finland, Iceland, Norway and Sweden) and this year is their tenth anniversary.

As well as Finland, Weezy will also be performing live in other European countries this summer, such as France, Germany, Denmark, Portugal, and Netherlands.

If you wish to attend the 2017 Blockfest music festival and see Tunechi perform live, click here to book your tickets online!