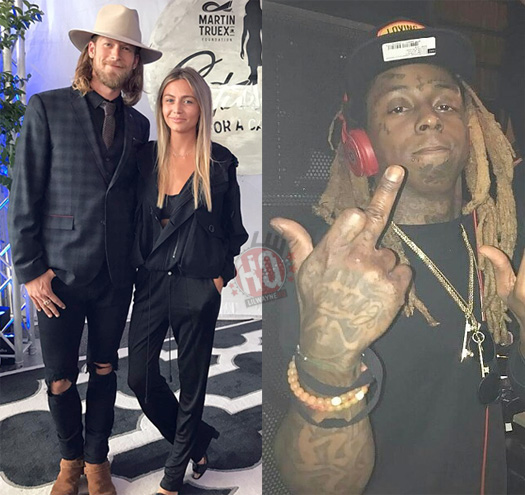 Brittney Kelley and Brian Kelley, who are the founders of the Tribe Kelley clothing line, recently chopped it up with Billboard for an interview.

During their conversation, Brittney and Brian spoke on Lil Wayne wearing their Tribe Kelley apparel at the 2017 Billboard Music Awards on Sunday plus revealed what their favorite Wayne songs are.

You can read exactly what they said after the jump below!

Speaking of the BBMAs, what was it like seeing Lil Wayne wearing Tribe Kelley during his performance with Nicki Minaj?
Brittney Kelley: That was a definite thrill moment for us because we both grew up on Lil Wayne. We knew his stylist had pulled the shorts Wednesday, but we didn’t have any expectations; we just had our fingers crossed and said a little prayer. Right before he came out, Brian looked at me and said ‘he’s in it,’ and we just lost it. I think we were the most pumped people in the crowd and we felt like we got a fashion number one there at the billboards; it was very surreal.

What’s your favorite Lil Wayne song?
Brittney: ‘Fireman’ was his first song I learned all the words to.

Brian: I got a ton, but probably ‘A Milli.’ There’s one with Wiz Khalifa called ‘Living Right, ’ and it’s something I can put on anytime.