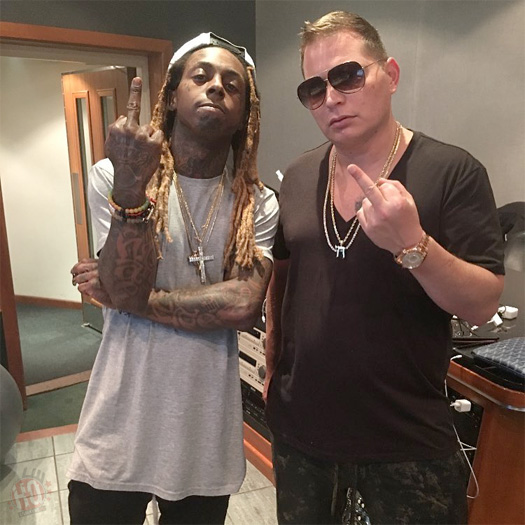 Scott Storch has shared some behind the scenes footage of him and Lil Wayne in the studio working on Dame D.O.L.L.A.‘s “Run It Up” single.

If you didn’t already know, Scott produced Dame and Weezy‘s “Run It Up” collaboration, which will appear on D.O.L.L.A.‘s upcoming Confirmed album.

You can see Tunechi and Storch bumping “Run It Up” during their studio session in Los Angeles in a clip after the jump below!