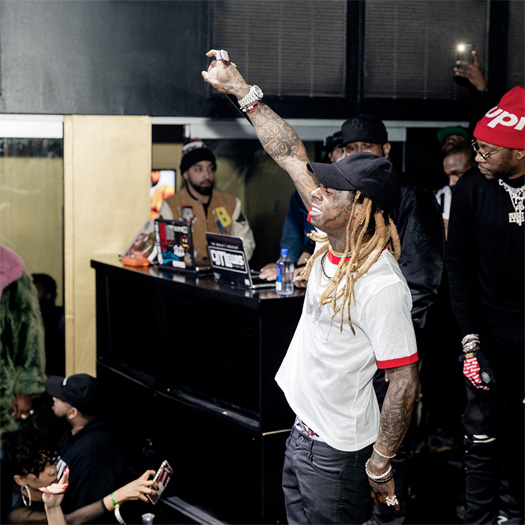 I previously posted up footage of Lil Wayne and 2 Chainz performing live together at Prive nightclub in Minneapolis, Minnesota yesterday, and now we can check out some front row footage of their Super Bowl 2018 live performance on February 4th.

In the clip, which was filmed by Joe Moore, we can see Weezy and Tity Boi performing “Watch Out“, “Go DJ“, “A Milli“, “Rich As Fuck“, and “Steady Mobbin’” live with Floyd Mayweather Jr., Mack Maine, Fabolous, Gudda Gudda, DJ T Lewis, and HoodyBaby all on stage with them.

You can check out the front row footage after the jump below. Enjoy!