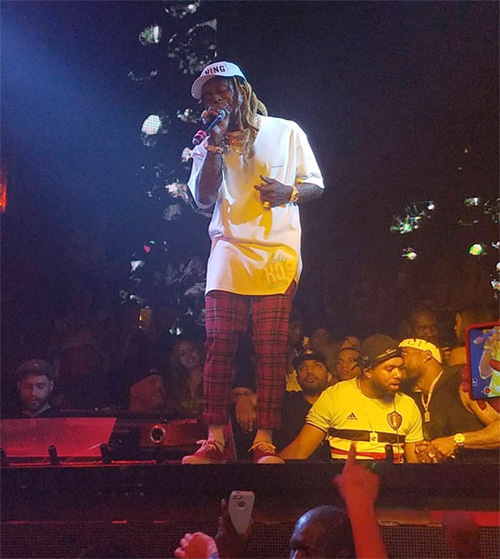 Over the weekend on Saturday night (June 23rd), Lil Wayne hosted a party at Story Nightclub in Miami, Florida.

At the end of his appearance, Weezy let everyone know that he had a meeting earlier that day about the release date of Tha Carter V:

“Just to let y’all know I had a meeting today, it wasn’t a long meeting, but just so y’all know the meeting was about the release date of Tha Carter fucking V.”

You can check out Tunechi revealing this news about his upcoming C5 album at Story Nightclub in a video after the jump below! Who’s excited?